As stocks and currencies fell around the world last week and into today, even those living in the United States took notice as the bubblicious S&P 500 turned a strange color of green (it was red).

The headlines now read that we have an "emerging markets crisis." Investors, we have been told, should take cover and run back into the safety of the DOW. Will they do so? Perhaps. Will joining that herd provide strong long term results? Let's take a look.

The following charts were posted by John Mauldin this weekend courtesy of Mebane Faber. The first chart shows the CAPE price to earnings ratio for most of the stock markets around the world. As you can see, the United States entered the year as the second most expensive market on the planet. Click for larger image: 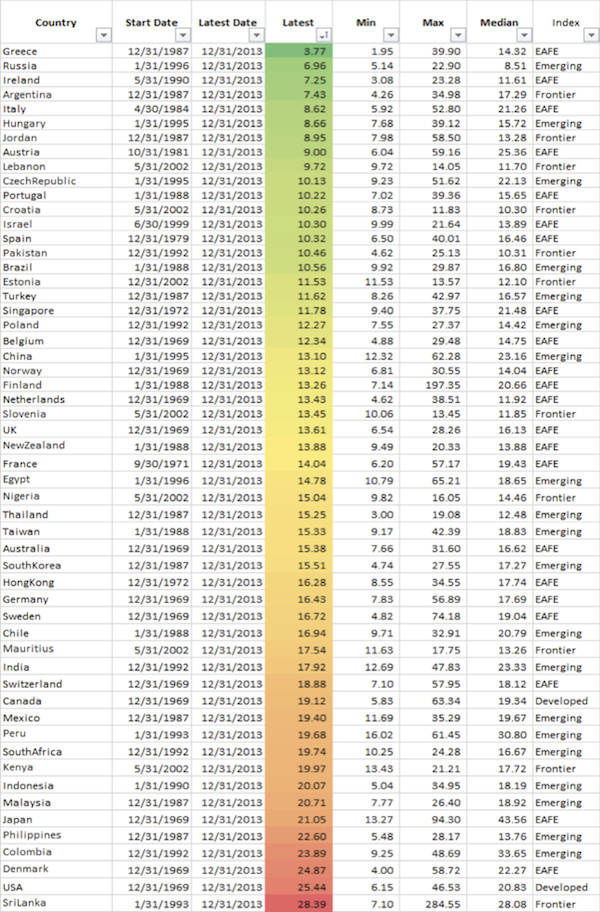 While high P/E ratios do not mean that stocks will fall tomorrow, they have historically led to disastrous returns for investors over a 1, 5, or 10 year span into the future.

The next chart shows where the P/E ratios stood entering 2013 and the market performance over the last year in those markets. You can see that in general, the countries with low P/E ratios (inexpensive markets) performed well while the countries with high P/E ratios performed poorly. The two outliers were Russia, which had cheap stocks that became cheaper, and the United States, which had extremely expensive stocks that became much more expensive. 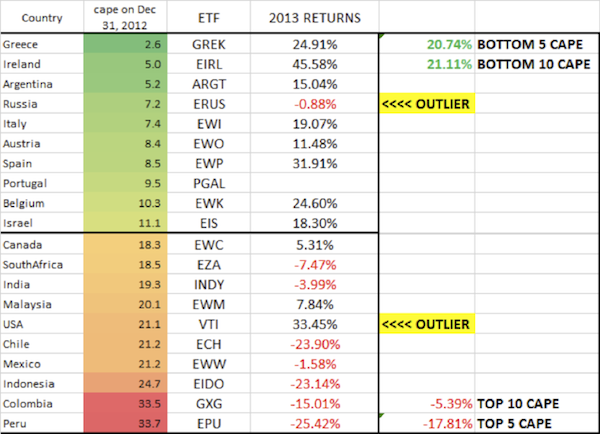 Have we entered the next contractionary period for the global economy? That is unknown and only the data will tell as we move forward. However, if we have, and we see continue to see an across the board sell off in stock markets and currencies globally, it is important to remember which markets represent true long term value (emerging markets) and which may only be correctly down closer to fair value (the U.S.).