After a "heated" debate this week, Republicans and Democrats in the United States reached a compromise on the new farm bill. The bill will total $956 billion over the next ten years and consists mainly of the food stamp welfare program (blue portion of the pie below). 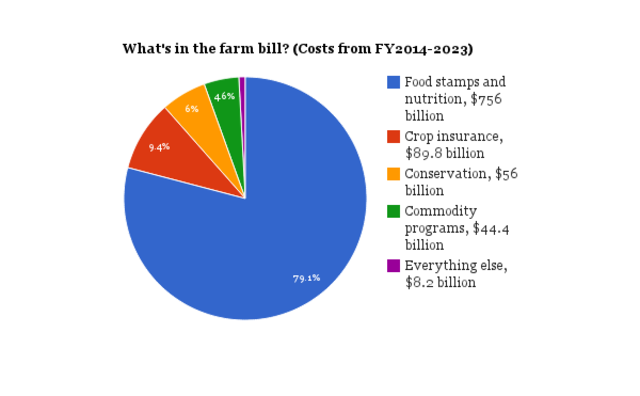 The "devastating" cuts you read about on the mainstream headlines totaled $8.6 billion. However, the cuts are removed once a heating assistance loophole is filled. This provides no incentive for the current welfare state to veer from its current course.

There will be no changes until a bond crisis arrives. Until then, continue to enjoy the party.