1970's Flashback: Weak Hands Have Been Removed From The Gold Market

Gold was a U.S. only story during the 1970's run, and American investors quickly threw in the towel after the devastating 46% decline. Gold then rose 700% from the 1976 bottom to its peak in January 1980.

The majority of the secular bull market run of the 1970's occurred in the last 3 months.

While the entire financial world believes the gold bull market has ended, I believe the final stage is still ahead of us. If you want to come on board, prepare yourself for massive volatility and enormous price downdrafts along the way. 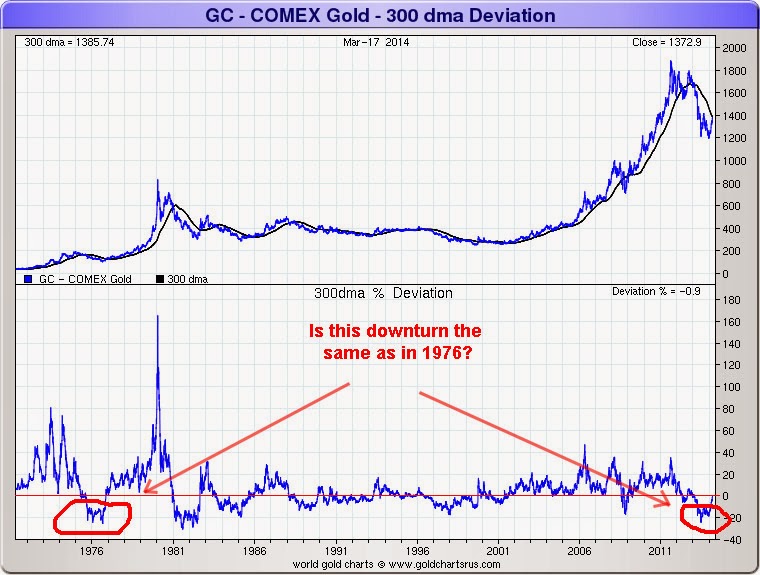