I have been watching the action take place in China's credit markets on a hourly basis like a hungry lion waiting for a feeding. 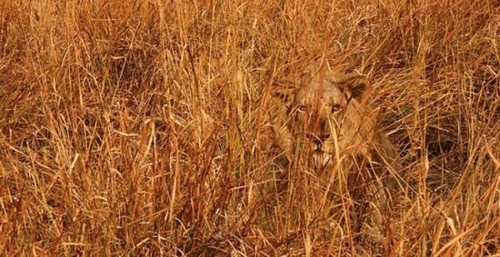 China has experienced an unprecedented credit boom over the last five years which has put a massive speculative bid under their domestic real estate market. Lost and forgotten during this boom has been their stock market, which has trended downward for more than three years running. While the American stock market has become the darling of the financial universe, still setting new sentiment records as of this week, the Shanghai exchange is triggering the exact opposite emotions as investors have moved from indifference to hatred. The chart below shows the stunning price performance differential since 2011 between the S&P 500 (top) and the Shanghai Composite (bottom). 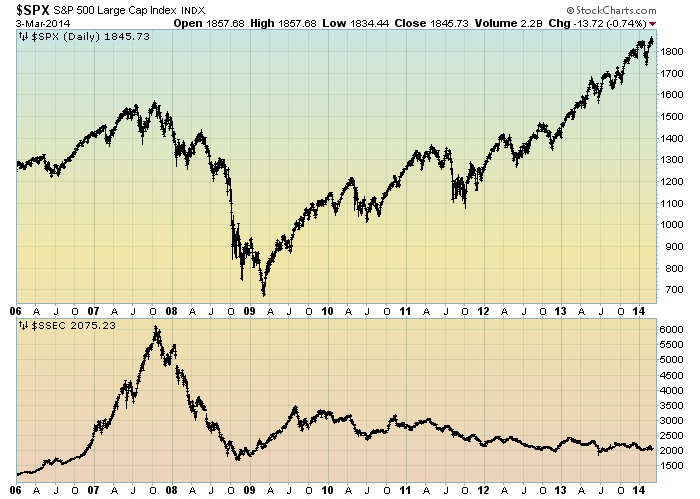 While I believe both exchanges have the potential to experience price weakness in the near term as the global economy slows and China enters credit turbulence, I am a ready buyer if we are lucky enough to receive a further decline in Chinese share prices. The current price to earnings ratios of Chinese stocks are extraordinarily cheap compared to the bubblicious U.S. stocks and my hope is they get even cheaper.

I believe this century belongs to China, and just as the United States faced bank runs, depressions, credit crisis and real estate busts during the 1900's, China will face the same. Every major market decline should be met with open arms and buying.

Marc Faber spent some time with Bloomberg this week to review the troublesome state of the Chinese economy: