Some excellent charts this week from The Short Side Of Long on gold mining shares. The first shows the historical relationship between mining shares and the S&P 500. They tracked upward and downward together until mid 2011 when the mining shares began their epic decline and the S&P 500 began its euphoric blast higher. 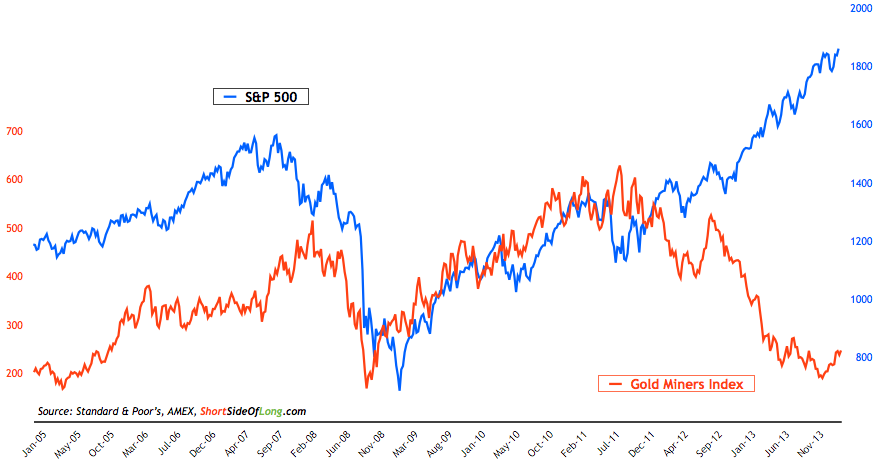 The next chart shows the four points of extreme undervaluation that have occurred in the gold mining shares over the last 18 years. We are just exiting one of those points today as the mining shares have experienced a massive upward move (in percentage terms) to start the year. 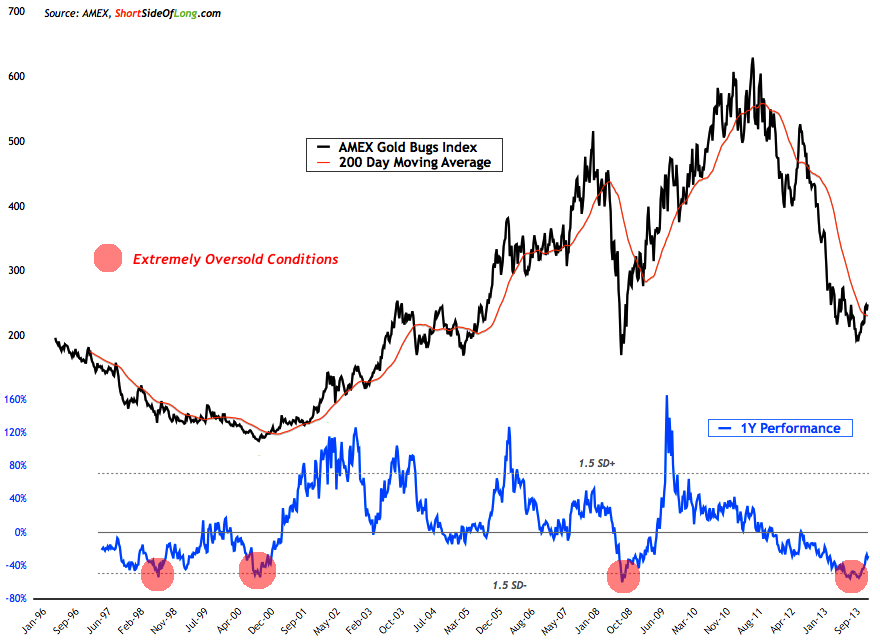 You can see in the chart above that the gold mining index is sitting at the same levels it was in the summer of 2003, when gold was priced at $350 an ounce. Gold is currently hovering at about $1340 an ounce today, close to 4 times higher.

While the volatility is enough to make your stomach churn, those that have the courage to add to positions during steep declines will reap fortunes in the years ahead. As a personal rule, I prefer to only add to positions after a price decline which usually coincides with rock bottom sentiment (which is where we were in December) so I will be waiting and watching closely for the next down draft.