In an excellent article from MarketWatch this week, Mark Hulbert discussed an insider selling measurement created by a finance professor named Nejat Seyhun at the University of Michigan.

This metric filters out those who own more than 5% of a company's shares because that group is composed mainly of hedge funds and mutual funds (not true company insiders such as corporate executives).

With this group removed, he found that true corporate insiders are currently selling their company stock at a 6 to 1 ratio (selling 6 shares to every 1 that they purchase). They are more bearish today than they have been at any time since 1990.

They only two periods even close to today's record selling came in 2007 and early 2011. 2007 marked the moment just before the greatest market crash since 1929, and early 2011 was just a few months before a 20% market decline.

Bob Farrell once famously said that "there are many reasons why an insider sells their shares, but one of them is not because they think the price is going higher."

The insiders represent a group that knows what is actually taking place inside a company. How about those that are speculating on what is taking place? They are flush with euphoria.

The Rydex Bull to Bear ratio below shows that traders currently have almost 8 times as much money in bullish funds as bearish funds. This is an all time record high. 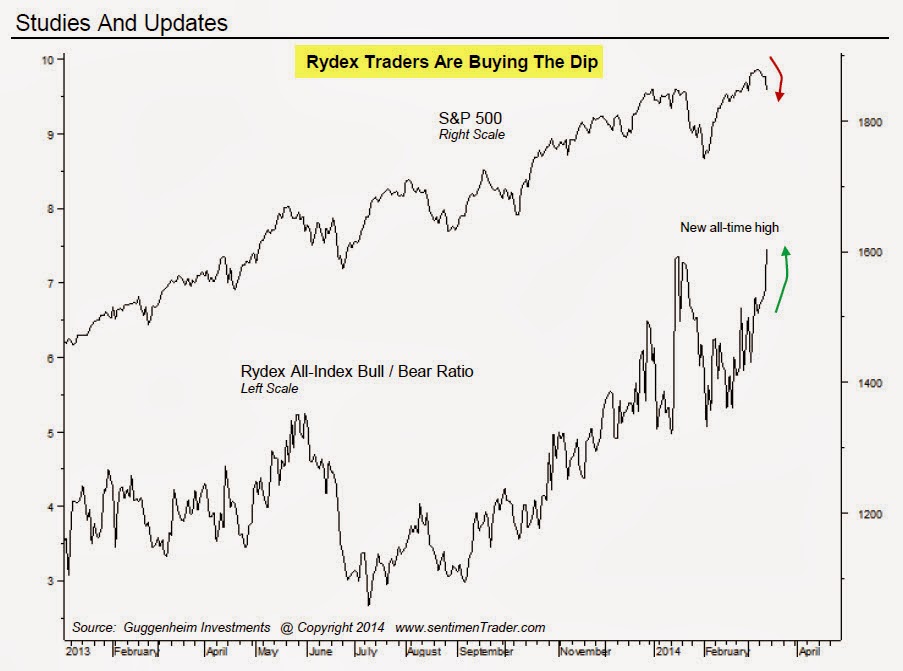 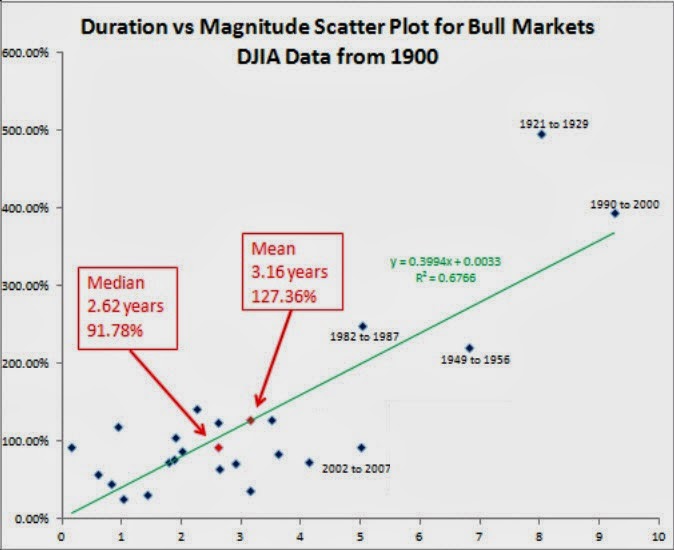 Our current cyclical bull market in stocks has already broken into the "outliers" group. As a side note, a bull market is considered intact as long as stocks do not drop 20% from their high (we came close in mid 2011).

The next excellent chart compares the long term performance of the S&P 500 against consumption and debt. The last major secular bear market in stocks (1966 through 1982) had 3 major declines set up in what technicians call a "microphone pattern." Our current secular bear market, which began in 2000, is also set up in a microphone pattern, but we have had only 2 major declines thus far. With the average bear market throughout history lasting an average of 17.6 years (we are currently just over 13 years into the current bear), many believe that we have one more major decline before the next secular bull market begins. Click for larger image: 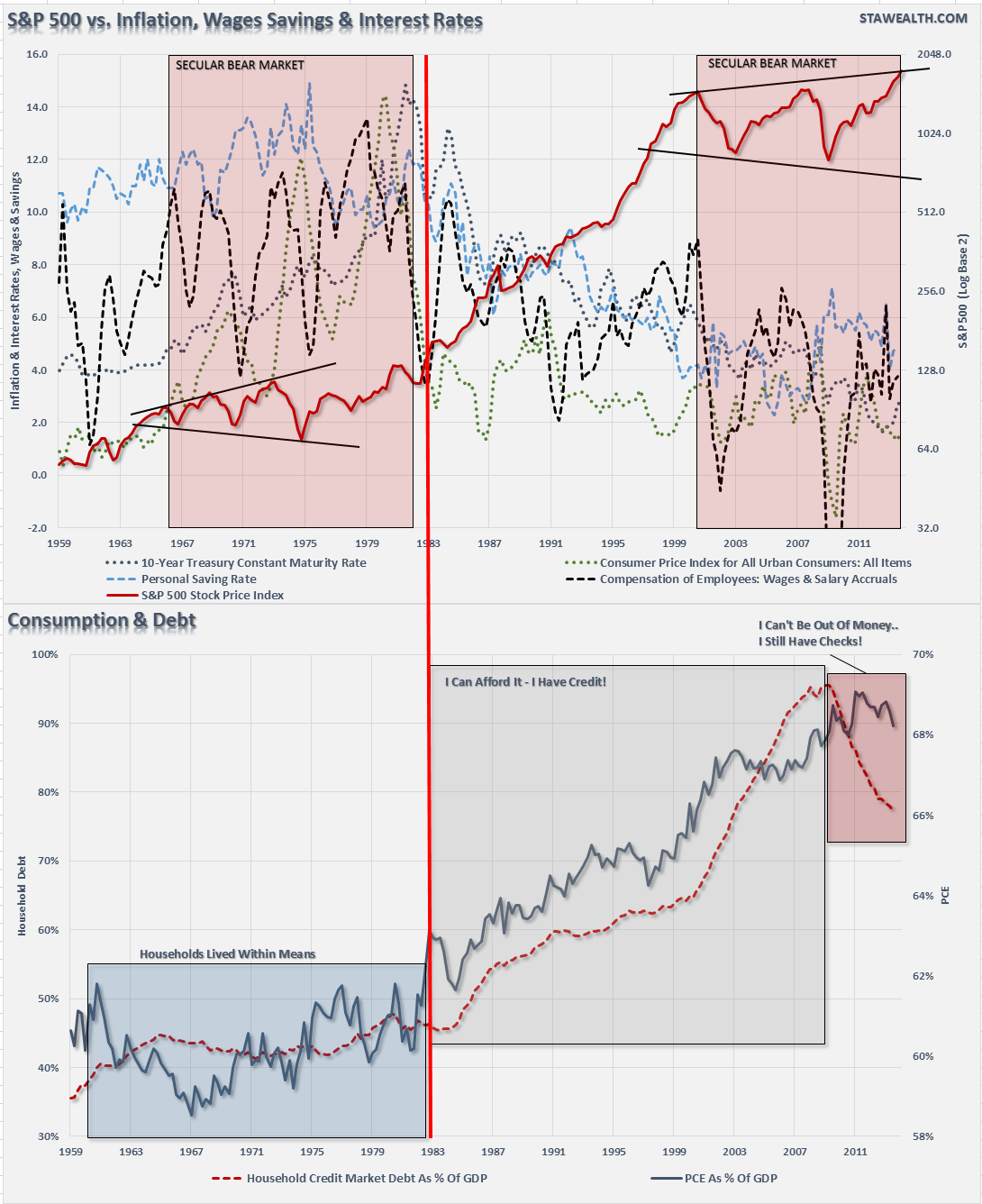 Layered below the historical stock market chart is the credit and consumption cycles that have driven economic growth since the early 1950's. Since the initial period of savings and living within a household's means, we have now moved past the breaking point of borrowed money which arrived in 2008.