This weekend marks the 5 year anniversary of the cyclical bull market in U.S. stocks. The late great Mark Haines called the stock market bottom to the day 5 years ago, one of the greatest market calls in history.

For more on what everyone else was saying during that week see:

Flashback To March 2009: What Was The Outlook For U.S. Stocks?

When was the last time we had a cyclical rally last over 5 years? 2002 to 2007, which was a rally that lasted five years and one day. During the finale of the last five year cyclical bull market we heard that the new secular bull market was in its early stages due to fair price to projected earnings ratios (sound familiar?). The market would then collapse 57% in the following 18 months.

5 years into this cyclical bull market rally, the bears have once again disappeared. 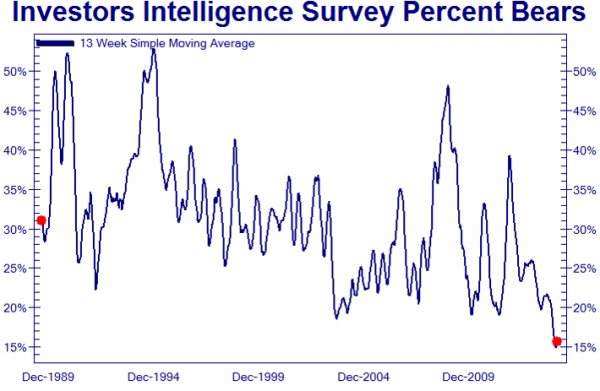