Why Germany Will Push To Enter The Currency Wars

Concerned about the BRIC nation's export driven economies during the coming currency war? It would surprise many to learn that the percentage of their economy dependent on exports looks tiny compared to the developed country Germany. This should probably help many understand why Germany has tolerated the European Union disaster over the last few years. During many of the panics, which simultaneously drove the euro lower, it only boosted Germany's competitiveness in the trade market. 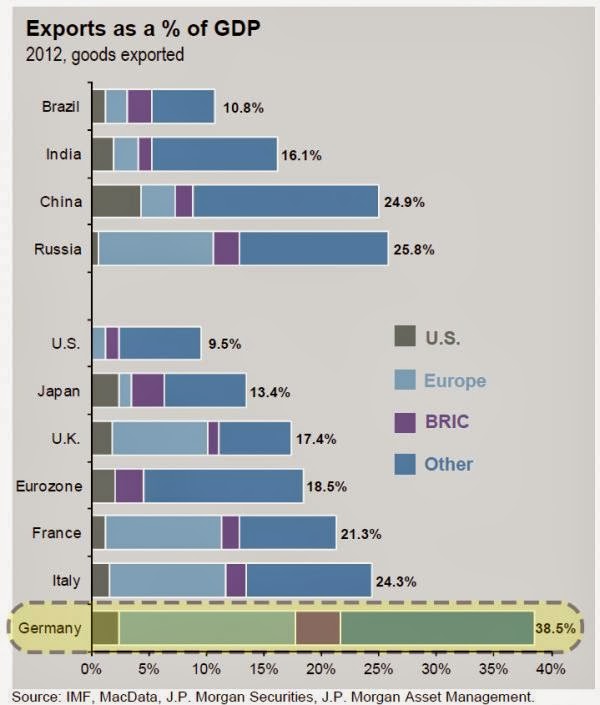 However, last year due in large part to the resurgence of the euro in the foreign exchange markets, the German economy slumped to its lowest growth level since 2009 at 0.4%. As France is looking increasingly shaky and Germany is slowing, it will put more pressure on the European Central Bank to enter the currency wars with far more force. 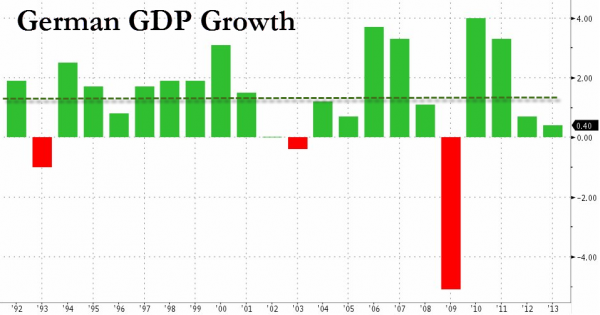