The indicator below is called the "Buffett Indicator" because Warren referenced it during the late 1990's as a tool he used to help keep out of harms way during the mania.

Today the indicator is signaling the market is currently at a point far more dangerous than the 1973 and 2007 tops, trailing only the peak of the 2000 mania. Click for larger image: 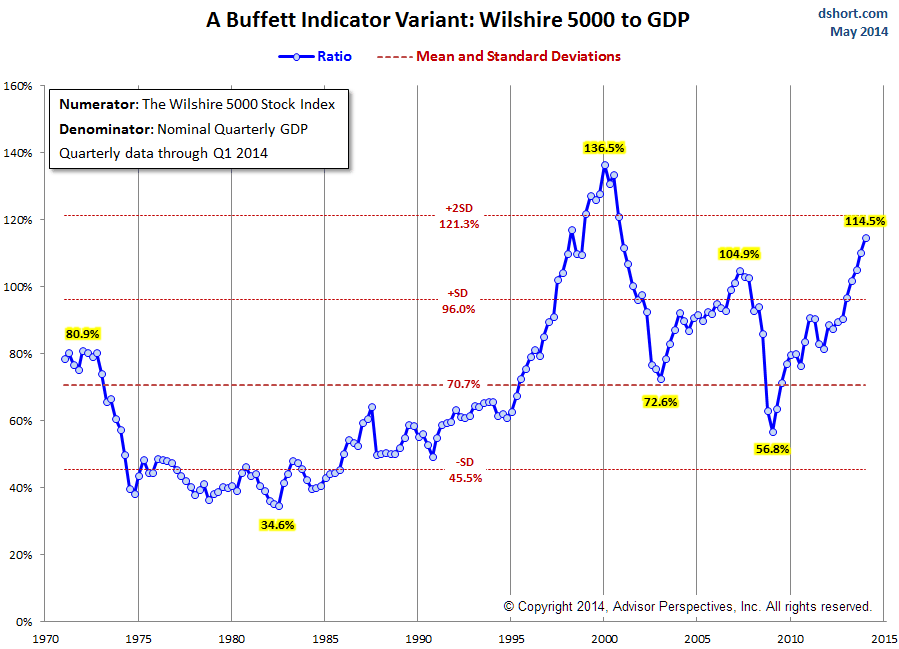