Does A Recession Have To Occur For U.S. Stocks To Fall?

Do we need a recession in order for U.S. stocks to slow their straight line accent higher? The chart below shows there have been 13 stock market losses of 10% or more since 1946 without a recession occurring. Two of the declines were greater than 30 percent. 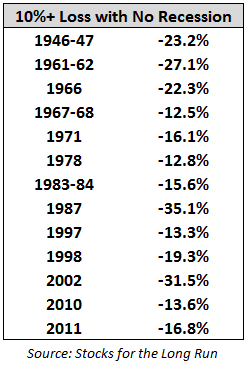 What could trigger a decline in stock prices other than an outright recession? One trigger could be profits turning down sharply, which occurred in the first quarter of this year (red line below) alongside a decline in overall GDP. 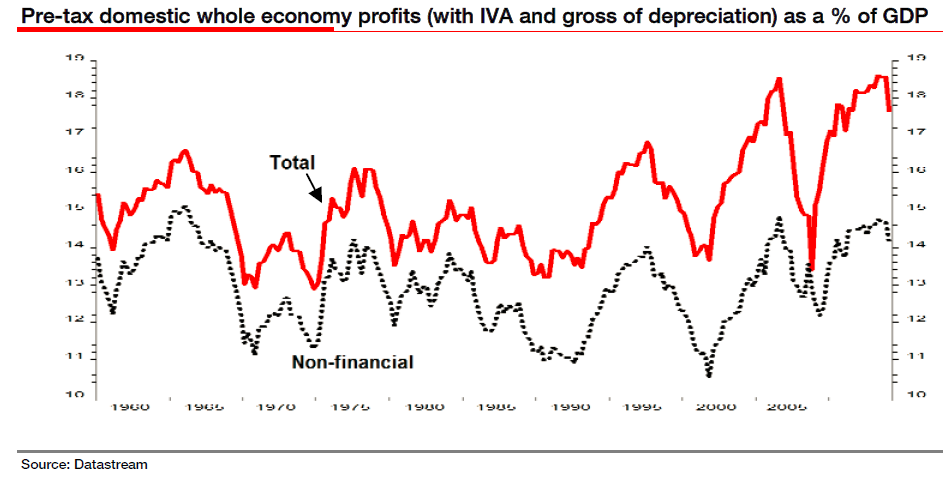 I mentioned earlier in the year that while certain pockets of the market were more expensive on a price to earnings (P/E) basis back in the 2000 mania, the median P/E for stocks today is higher than it was during that period. Investors paid ridiculous prices for a pocket of technology stocks found within in the NASDAQ during the peak of the 2000 bubble, while today they are overpaying for everything across the board.

The chart below shows the market caps for some of the largest companies in the U.S. stock market. Exxon Mobile is currently valued at a price equal to the entire Brazilian MSCI stock market index. Johnson & Johnson is equal in value to the entire South African MSCI index. Would I rather purchase a single U.S. company today or the entire country of Brazil? I would personally take the latter, although I'm sure Exxon could rise another 10%, 20% or 40% from here as the U.S. stock mania reaches further extremes. 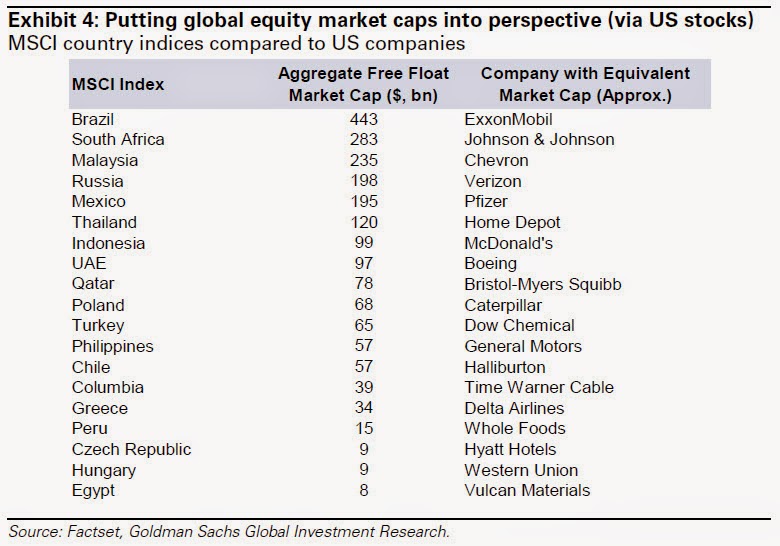 A recession always follows an expansion like the natural cycle of the ocean tides. We will have a recession sometime before this decade is over (we could be in one right now). It will take investors by surprise who are paying more for the general U.S. stock market today than at any other point in history.