Explaining What The ECB Did Yesterday

Yesterday the European Central Bank announced some major changes to their policies and programs. The headline announcement was that they would be cutting their benchmark rate to 0.15% (essentially cutting rates to zero alongside the United States, U.K. and Japan which have been at zero for years). We now have a zero percent interest rate policy across the entire developed world.

They also brought their "deposit rate" negative (-0.1%), meaning if banks wish to hold deposits with the ECB, they must pay to do so. This is aimed at incentivizing banks to lend the money out into the real economy instead of hoarding cash. No other major central bank has taken deposit rates negative.

The problem with this program is that the excess reserves at the ECB have shrunk dramatically over the past few years. There is less money to be "forced out" into the real economy. 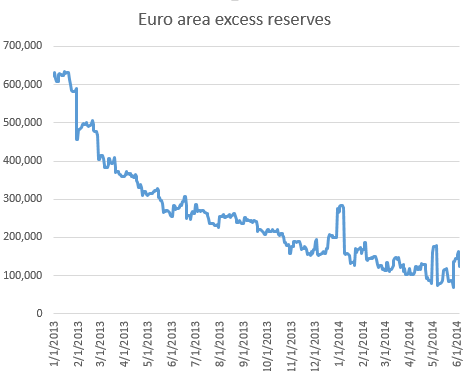 This is in stark contrast to the excess reserves in the United States, for example, which continue to mushroom higher. 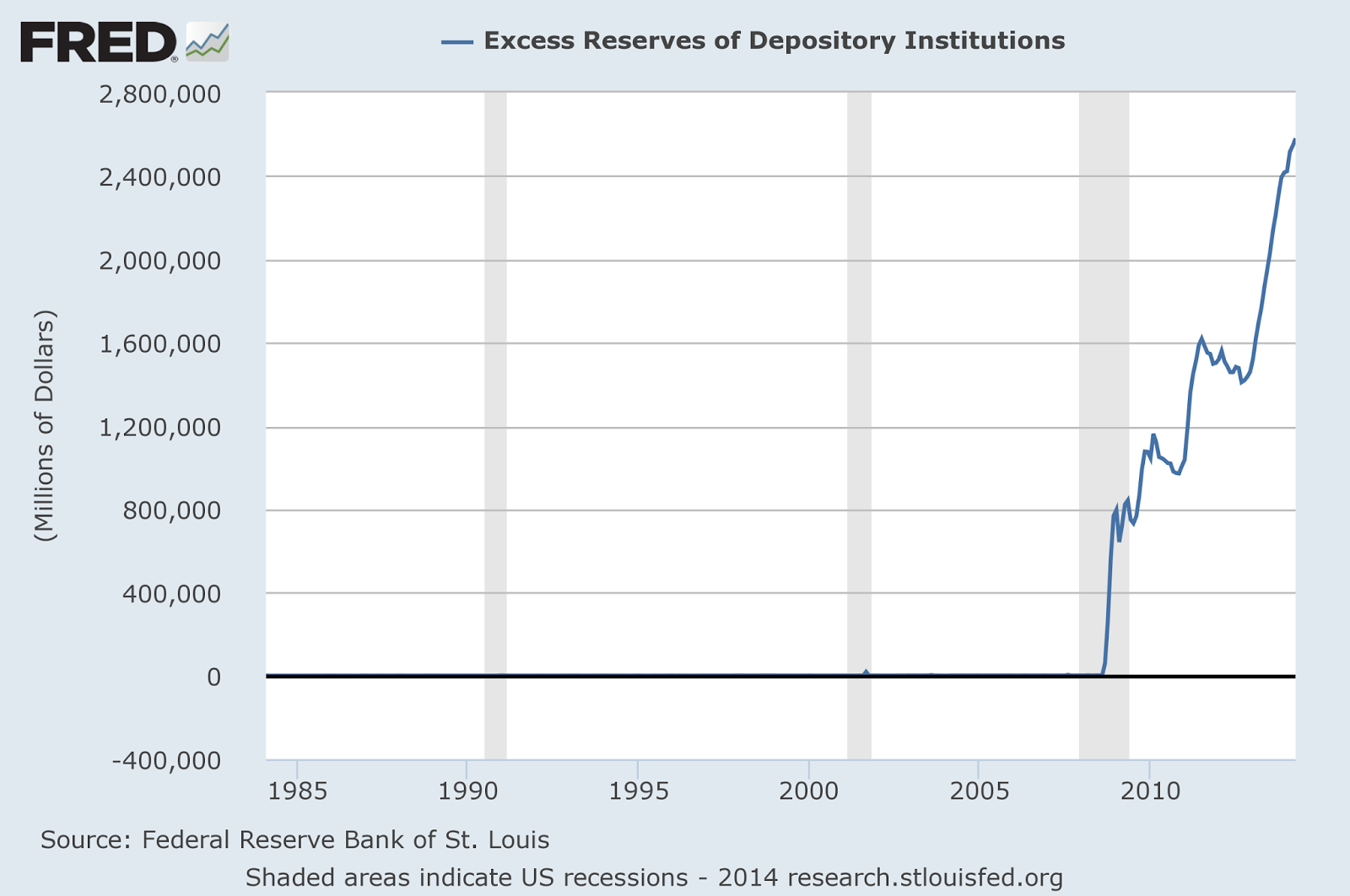 Back in late 2011 the ECB conducted a bond buying program called the "SMP" seen below: 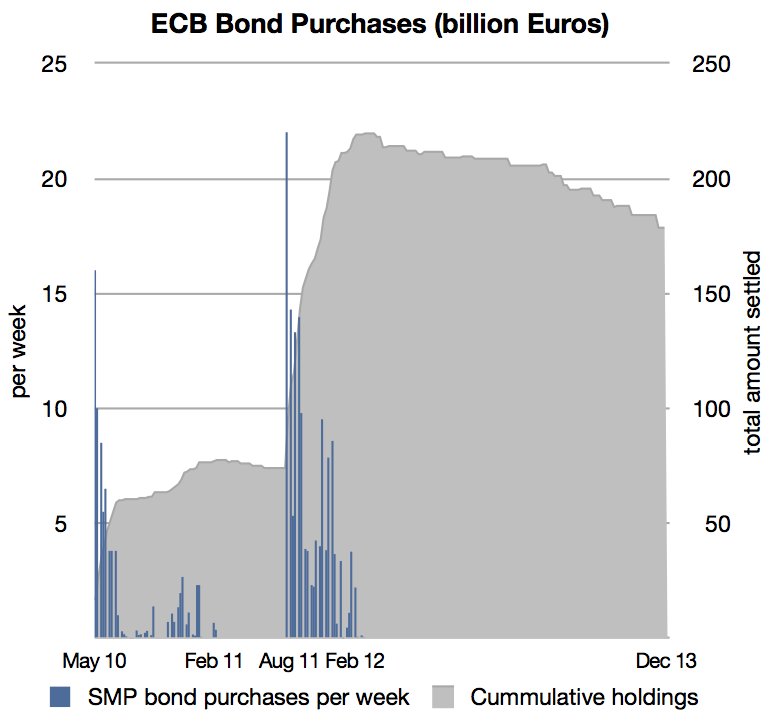 In order to sterilize this program (not conduct outright Quantitative Easing where they were just printing money and flooding the system with cash a la the other 3 major central banks) they funded the purchases with excess reserves. There are currently 165 billion euros of reserves remaining from this program which the ECB will now return to the banks. This will "unsterilize" the program and create a short term boost in available cash.

The final program they put in place is called a Targeted LTRO. This program allows financial institutions to borrow money from the ECB as long as they lend it into the real economy (non-financial corporations and households, excluding mortgages). Essentially, the ECB is incentivizing the banks to lend money to businesses to try and stimulate the real economy. They will provide loans to banks for four years at zero percent if they do so.

That means if you are a business owner in Europe and you walk into the bank with a business plan to grow your company, there are currently 400 billion euros available (at no cost to the bank) to fund that business growth.

What the ECB did not do was announce a direct Quantitative Easing program where they would print money and enter the market to purchase government debt and mortgages. These programs have been running for years at the Federal Reserve, Bank of England and the Bank of Japan.

QE is a blunt monetary sledgehammer. What it has done in those other three countries is create massive speculative bubbles (real estate, stocks and bonds) while no money has made its way its way into the real economy.

Will banks lend money to business owners in Europe knowing they can do so at 0%? I have no idea. But at least the ECB is trying to rationally target the business sector and real economy instead of flooding the banking sector with trillions of printed dollars (which is then been recycled into the financial market casinos).

While the central banks in the United States and Japan are trying to paint the exterior of a home to make it look pretty while termites eat away at the foundation, the ECB continues to try and implement structural reforms that will pay dividends during and after the next crisis.

Do I agree with all these ECB programs and a zero percent rate policy? Of course not. As Marc Faber said this week in a Bloomberg interview, he would "squeeze the system like a lemon" if he was making policy decisions at a major central bank. I agree completely. However, compared to the other three major central banks the ECB continues to look like a rational citizen in an insane asylum.

Hat tip to Sober Look for two of the charts used above. They have been all over how this ECB announcement would play out for the past few months.