Hedge fund legend David Einhorn noted in his letter this week that mergers and acquisitions have come roaring back in 2014. The merger period that occurs late in a market cycle (during peak euphoria) can be frustrating for a fund to short some of the most overvalued stocks because when they are taken over their share prices usually surge.


Companies that know they have problems under the surface are quick to agree to any deals at a premium of what their company is currently selling for (the problems under the surface are what David's team has the ability to see). Pushing a merger through allows the selling company's shareholders to cash out at a profit while the losses are absorbed in the future by the buying company.

These periods of euphoria, as seen in the chart below, tend to occur near market tops. The Fed has turbocharged the current M&A surge because the largest beneficiary of QE has been stock prices and junk bonds which are used to put deals together.

Normally during a takeover the company being bought out experiences a rise in the stock price while the company buying sees a decline. David noted that this takeover season has a new twist; the buyer's stock prices are also advancing in response to deals, enabling companies, to see gains as acquirers - even of other troubled companies. As an example, Zillow and Trulia announced plans for a merger this week and both shares rocketed higher on the news (I'm not saying these are troubled companies, only showing the example of both sides experiencing rising share prices).

Companies already drunk on euphoria continue to see these deals put together with both sides experiencing share surges, meaning anything could happen as we move forward in the short term.

What we do know is that the longer this goes on and the more deals that are put together using inflated junk bonds and artificially high share prices, the more pain that will result in the end. When the madness will end is anyone's guess, but we have moved to the point where the steering wheel and brakes have been removed from the car. All that is left now is additional acceleration and prayers for a happy ending. 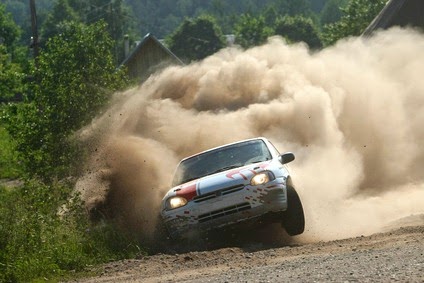