The video below went viral yesterday afternoon after Rick Santelli had one of his trademark meltdowns on set. The meltdowns occur every few weeks due mostly to the fact that Santelli, who now exists as the lone voice of reason within the entire CNBC studio, has to listen to Fed worship 24 hours a day, 7 days a week.

Every once in a while he tries to interject and explain to the "experts" that printing 4 trillion dollars will ultimately have some sort of negative impact on the economy, but those thoughts usually end up with the type of rampant hatred thrown back at him below. 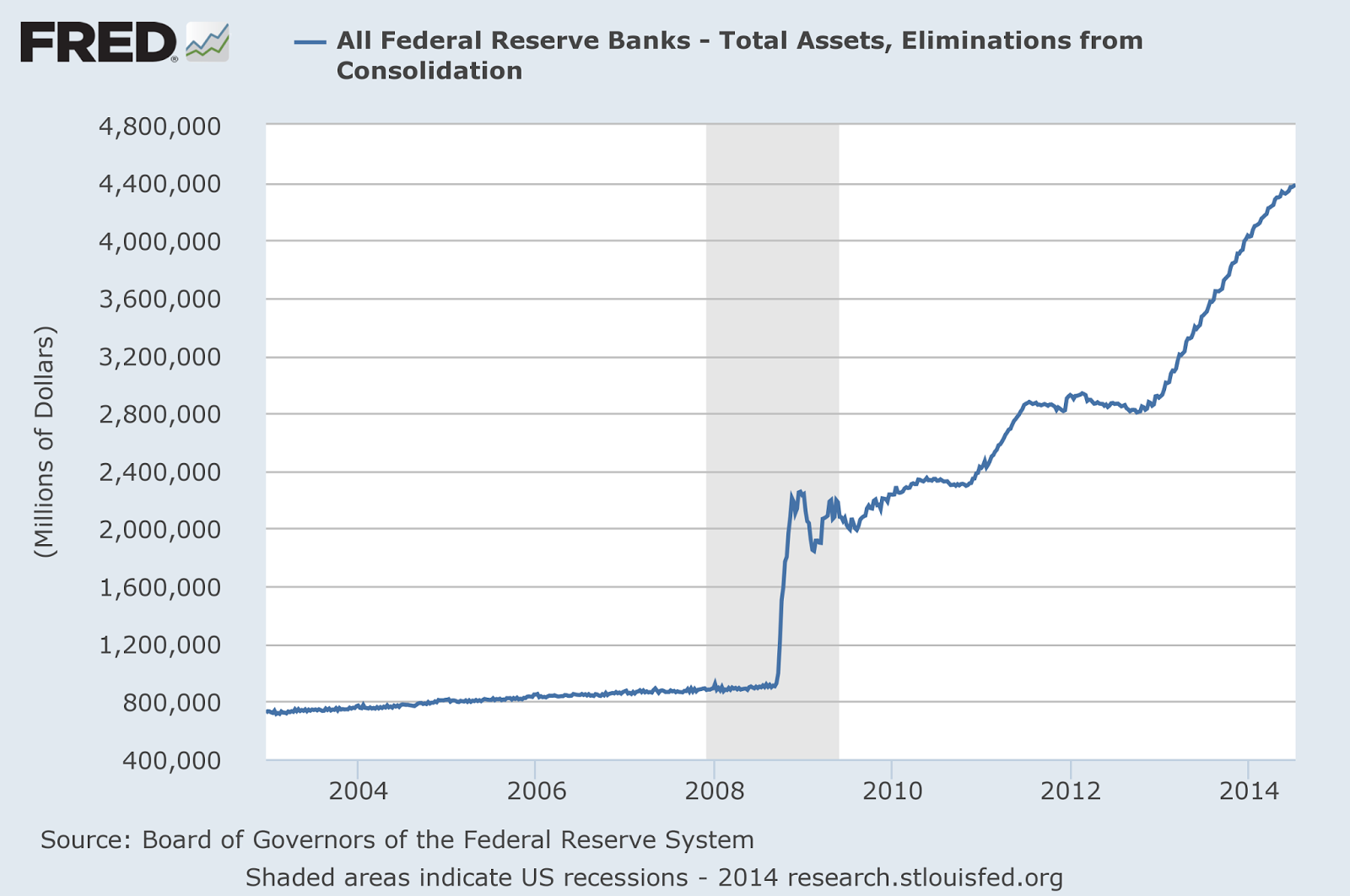 Yesterday Rick faced an entire panel of Fed loving maniacs, which was not enough, so CNBC went live to some remote trading room to bring in another voice to explain to Santelli why printing trillions of dollars only strengthens an economy over the long term.

I moved back to Charlotte in March and I realized after watching this clip today that I have not turned on CNBC once since I've been home. I don't even know where to find it in my channels. I used to watch the 8:30 am release and discussion around economic data, but even that became such a circle of misguided Fed worship that it is unbearable.

I try to seek out ways to disprove economic theories I have learned over the years so I do not suffer confirmation bias. After studying history, I still believe that the current global experiment of fiat currency which began in 1971 and has now morphed into endless global government spending combined with endless global quantitative easing is going to end in complete disaster. I have not been able to find any way around the disaster's ultimate arrival.

I feel for poor Rick in the video below. On the CNBC studio, he now exists as the only sane person in an insane asylum and he cannot possibly explain to anyone around him why pumping heroine endlessly into the economy might ultimately end up hurting it, severely. What I find most fascinating, and what made me want to discuss this video today, was not only the people on the show attacking Rick's opinions but the re-posting of the video on major financial sites across the Internet discussing how misguided and confused Santelli is on Fed policy.

Liesman ends by telling Santelli that higher interest rates, inflation or a reduction in the value of the dollar have not occurred which means he is incorrect in his analysis that the Fed should not be conducting crisis monetary policy in a time of non-crisis. Alan Greenspan was held up as a God for keeping interest rates low, until the crisis arrived in 2008. Bernanke and Yellen are held as gods today. Time will tell if Liesman and his Fed friends end up with their reputation in the trash dumpster, along with the once mighty Maestro; Alan Greenspan.