Deaths From Police Shootings: America vs. Other Developed Countries

A major news event in the United States a few weeks ago was the shooting of Michael Brown by a police officer in Ferguson, Missouri. The incident has sparked outrage across the country on the use of police force and racism (as well as ongoing rioting in the town of Ferguson).

I do not pay enough attention to news events like this to have any opinion on the matter, but I came across the following infographic this week which I thought was shocking. 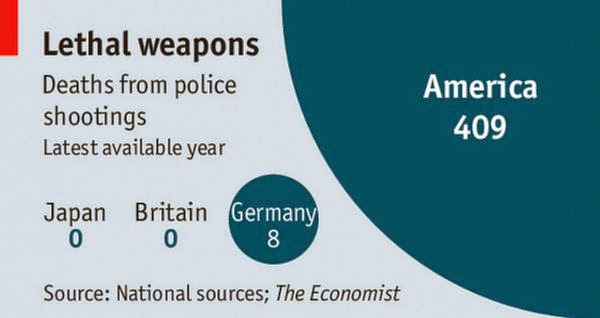