Marc Faber On The Danger In U.S. Shares & Opportunity In Hong Kong Stocks

Marc Faber spoke with the CNBC studio this week to review the dangers lurking within the United States stock market and review the opportunity he sees in agriculture, precious metals and Chinese shares.

Faber routinely takes heat for being negative on U.S. shares (see the second portion of the segment here), with commentators trotting out his warnings since 2012 that stocks were overvalued (they have been). What they do not remember or discuss is that when pessimism was at a level not seen since the great depression toward stocks back on March 9, 2009 he was calling for a market rally because of the negative sentiment. Faber was bullish on European stocks at their sentiment trough in 2011 and bullish on U.S. treasuries at their sentiment trough entering 2014.

The same cycle will occur again as stocks turn back down, prices begin to find a more healthy value range and sentiment reaches negative extremes. Long term pros will enter the market and pick up undervalued assets while the CNBC studio is once again left trying to figure out what happened.

Here's a look at how Russia, Shanghai and Hong Kong shares are priced on a 12 month trailing earning basis (cheap) vs. other major global markets (expensive). 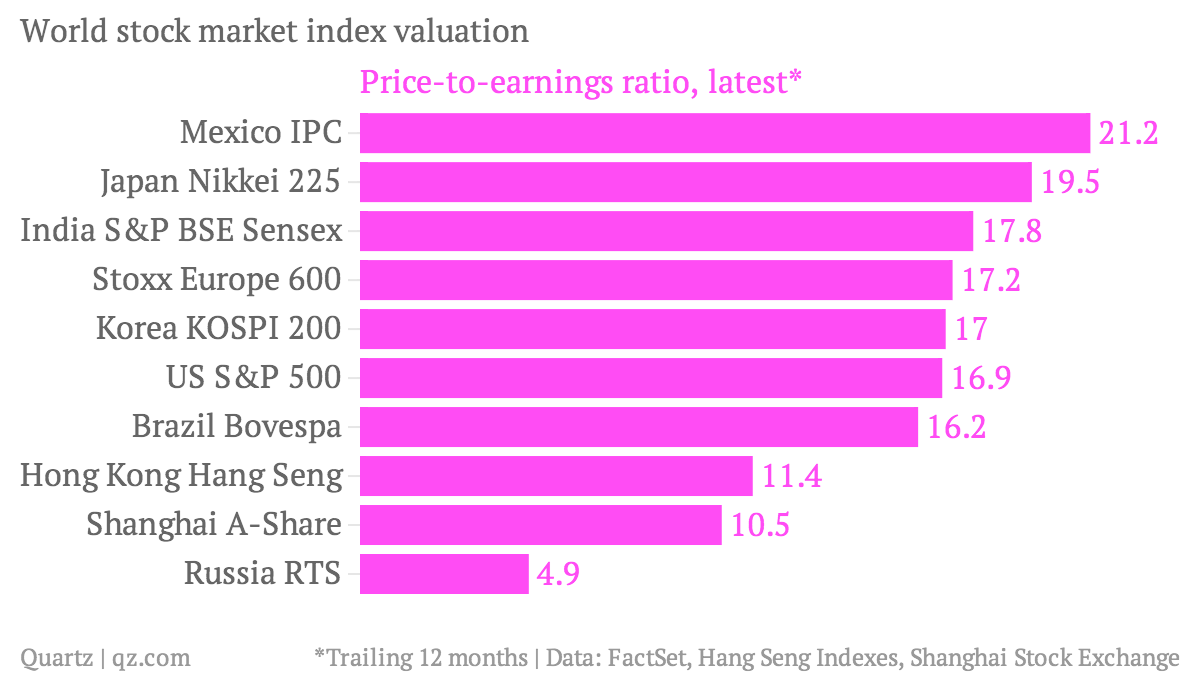