The total number of auto loan accounts surged past mortgage accounts in late 2013. Loose lending standards have opened the floodgates for buyers and there is a steady stream of liquidity looking to buy the loans.

Just like with junk bonds, investors look at the default rate over the past few years, which has been very low. They extrapolate that low default rate out forever and purchase the bonds because they provide a higher yield (just as they did with subprime mortgage loans, which had a very low default rate entering 2007).

The economy is in the fifth year of a cyclical recovery. When it naturally rolls over (there are always recessions and expansions like the ocean tides) these loans will default in large quantities.

When the subprime auto loan market implodes it should have far less of an impact on the financial system than subprime mortgages did back in 2008 due simply to the fact it is much smaller in size. The junk bond bubble's implosion? It will be far worse. 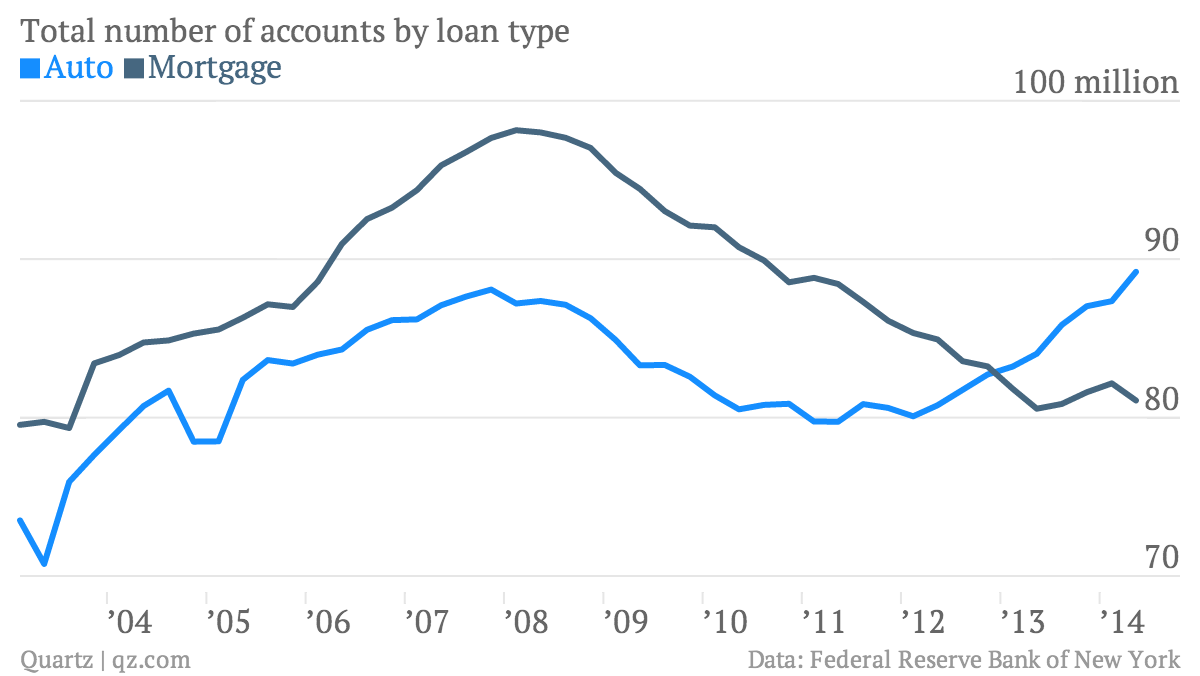