After starting the year at 3%, the 10 year treasury yield made it all the way down to 2.35% on Friday afternoon. It then made a quick burst up to 2.42% where it ended the week.

After a major decline, what would rising treasury yields have on portfolios?

The following chart provides a great visual on the principal losses buyers would incur if they purchased bonds and interest rates were to rise just 1%. 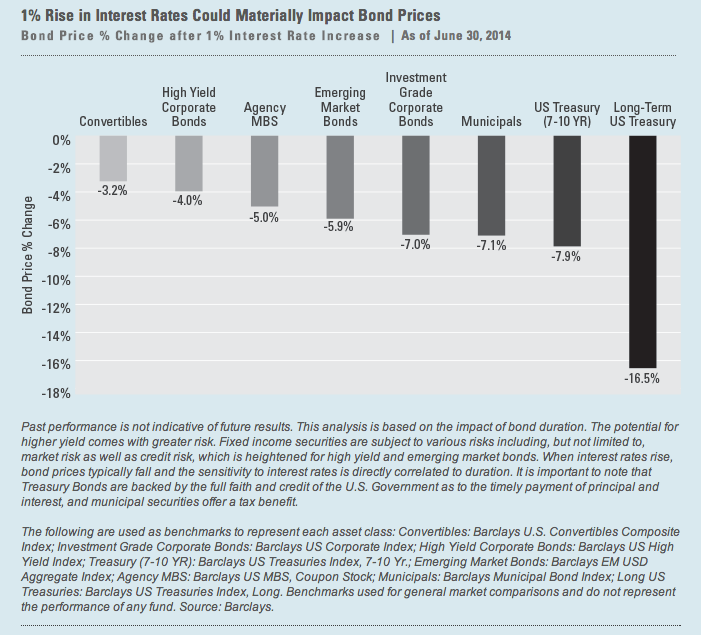 After a 33 year fall in bond prices, those loading up on bond funds in their 401ks and investment portfolios have completely forgotten there can be massive losses of principal if bond yields begin rising. The Fed hopes that bond prices rise in a slow and steady manor as the economy recovers, but what if bond prices began to rise without a full recovery in place? The is perhaps the black swan event that no one has priced into risk models, and just like the black swan collapse in home prices during the last decade, it is the most likely scenario to occur.