A Review Of Natural Market Cycles & The Coming Reversion

It would surprise many to know that the current run of consecutive months with job gains in the U.S. is the longest in history. The next three occurred in 1989, 2000 and 2007. 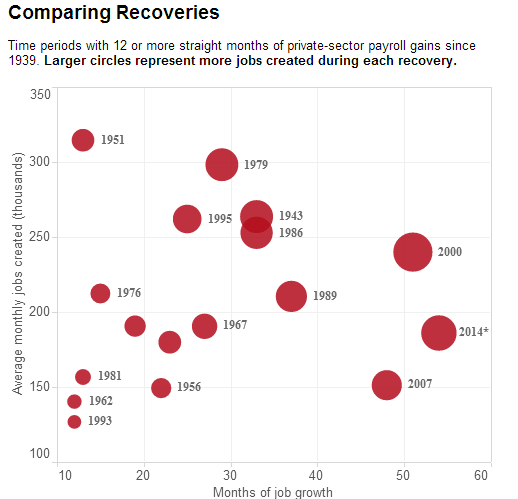 I find this second statistic and the chart above fascinating. You'll notice that the top 4 runs of consecutive job gains all occurred within the last 25 year period. I believe three major factors account for these recent record runs (these are broad strokes; it would take numerous books worth of writing to discuss this subject in its entirety).

The first is that the government changed the definition of employed and unemployed in the early 1980's. If you are a Realtor that makes no money and works with a customer for 2 hours one month, you are considered employed. The same goes for a part time worker at 20 hours a week who is seeking (and probably needs) full time work.

The second factor is the stimulating effect of declining yields on assets over the past 32 years. The cost to take on debt has declined steadily alongside commercial real estate cap yields (falling cap rates equal higher prices, see Commercial Real Estate: How Prices Are Determined). The ability to borrow more has turbocharged the entire economy while the real estate industry has created an army of jobs over the past few decades (if rates were to begin rising this stimulant would become a depressant and many of these jobs would disappear). 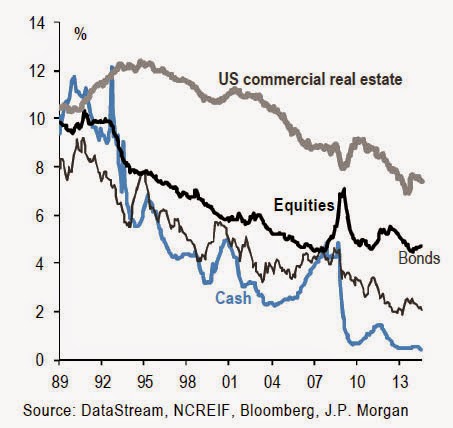 The third factor that has turbocharged the recent job runs has been the involvement of the Federal Reserve and federal government in the economy.

In the early 1980's the American government began to run massive deficits in order to stimulate the economy. In the 1990's these deficits were combined with loose monetary policy in order to stimulate growth. In the 2000's the two continued to be used together only on steroids. Today the world does not even remember a time when the U.S. government or Federal Reserve were not solely responsible for the growth within the U.S. economy.

The "new" economy has become such a perverse creature of its former self that it looks like a meth addict continuously seeking its next hit. Greenspan said that we entered a period of "Irrational Exuberance" after the stock market crossed 100% of nominal GDP back in 1996. The only problem is that due to these combined stimulant/drug injections into the economy we have been above that point almost every moment since. The real wash out has not arrived yet.

We know what happens when booms are artificially juiced to run longer than they naturally would; the busts become equally larger on the downside.

Analysts now believe that stock market gains and job growth are a permanent part of the economy because company earnings will experience straight line growth into the future, forever. The following is a real quote by Jeffrey Saut, someone that people take seriously in the financial world: 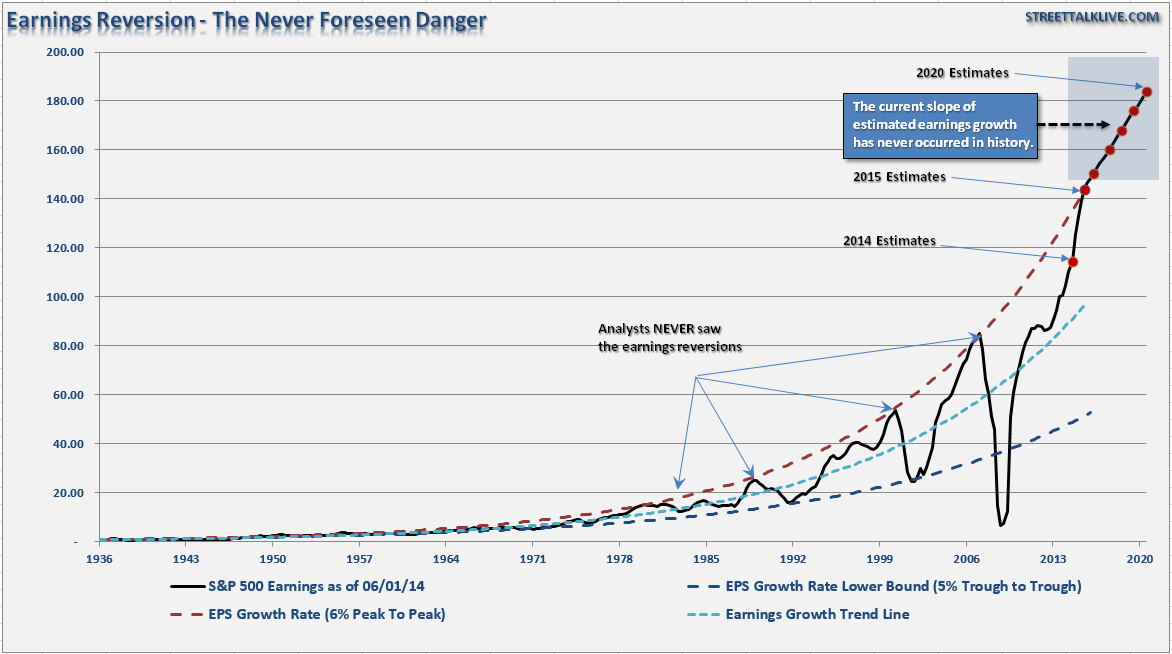 Do you see on the chart above how previous earnings booms were followed by an equal or greater bust? This is the natural cyclical flow of an economy. Expansions lead to contractions which wash away the excess and create the foundation for the next period of expansion. 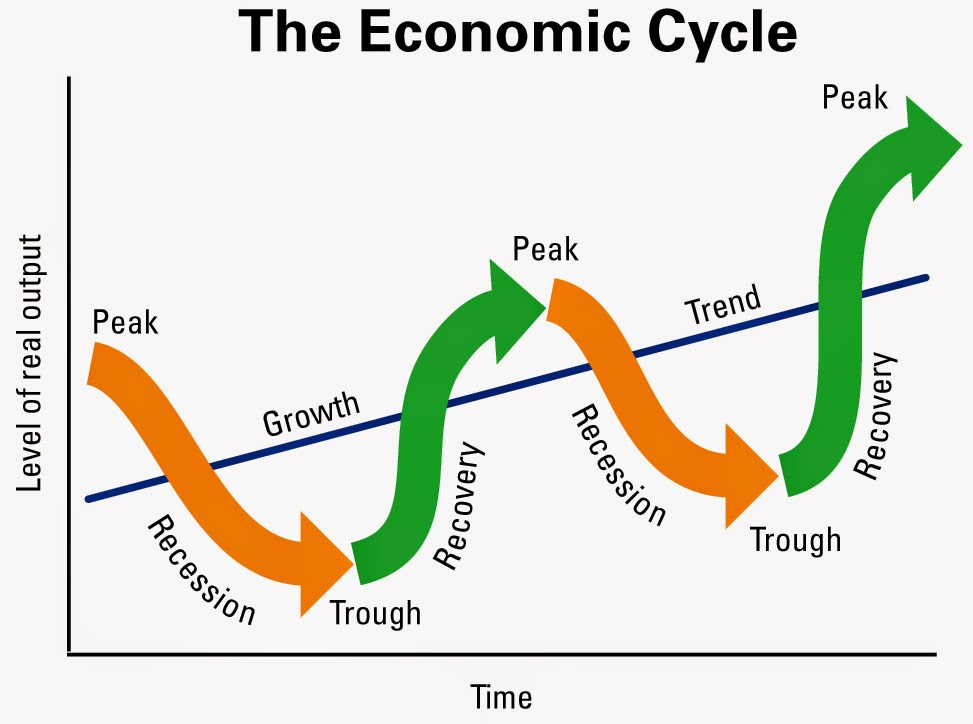