Better Buy: German Government Bonds This Morning Or Cisco In 2000?

While I have documented the madness surrounding the pricing of Japanese bonds relentlessly over the past few years, it appears that instead of Japanese bonds returning to more rational price levels, other countries are joining Japan in the realm of insanity.

The yields of German government bonds now mirror what is occurring in Japan only on the shorter duration they have moved negative. 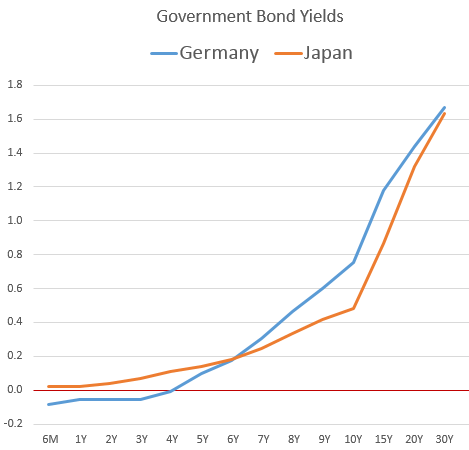 If you want to lend your hard earned money to the German government for 4 years (or less), you must pay them to hold your money.

If you would like to lend to them for 10 years they will provide you with a 0.71% interest rate annually. 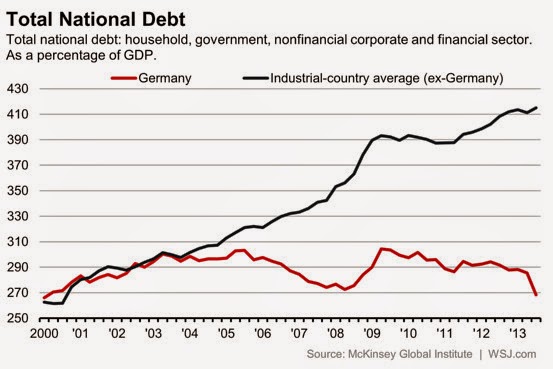 The best way to think of this is to use an analogy from a previous mania because we are currently at the final stages of a government debt super bubble. If you were an investor back in early 2000 someone might approach you to discuss the opportunity in purchasing Cisco stock. They explain to you how it is far safer stock to own than a company like Pets.com because Cisco is a real business that is making real profits (just as someone might argue the safety of German debt vs. Japanese debt today).

The problem is not the business, but the price. Entering the year 2000, Cisco had a price to earnings ratio of 109 using extremely optimistic earnings projections (the historical average for P/E ratios is around 15 using Wall Street's optimist forward earnings). Although Cisco was a strong business, you were paying beyond bubble prices for the stock. 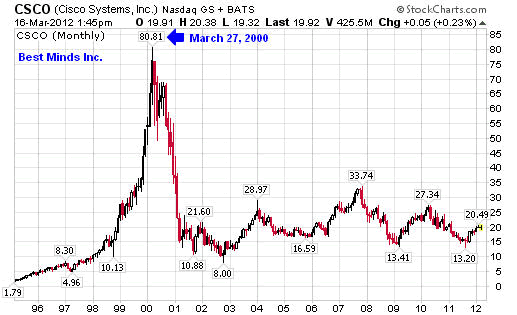 This same scenario is occurring in government bonds today. Germany's government is going to pay it's bills over the next ten years, but at a return of 0.71% the price of Germany's bonds can still collapse in the years ahead. If yields were to move up to a more rational 3.0% level, investors would lose a tremendous amount of principle (bond prices fall as bond rates rise).

Germany looks better than Japan on a relative basis (just as Cisco looked better than Pets.com back in 2000), but does that mean you should currently own the debt of either country?

What happened to the investors making the buying decision back in 2000? Those that went with Pets.com lost everything (the stock went to zero), while those that stayed with Cisco only lost 86%.