“Abrupt market weakness is generally the result of low risk premiums being pressed higher. There need not be any collapse in earnings for a deep market decline to occur. The stock market dropped by half in 1973-74 even while S&P 500 earnings grew  by over 50%. The 1987 crash was associated with no loss in earnings. Fundamentals don't have to change overnight. There is in fact zero correlation between year-over-year changes in earnings and year-over-year changes in the S&P 500. Rather, low and expanding risk premiums are at the root of nearly every abrupt market loss.

This is much like what happens when a substance goes through a ‘phase transition,’ for example, from a gas to a liquid or vice versa. Portions of the material begin to act distinctly, as if the particles are choosing between the two phases, and as the transition approaches its ‘critical point,’ you start to observe larger clusters as one phase takes precedence and the particles that have ‘made a choice’ affect their neighbors." 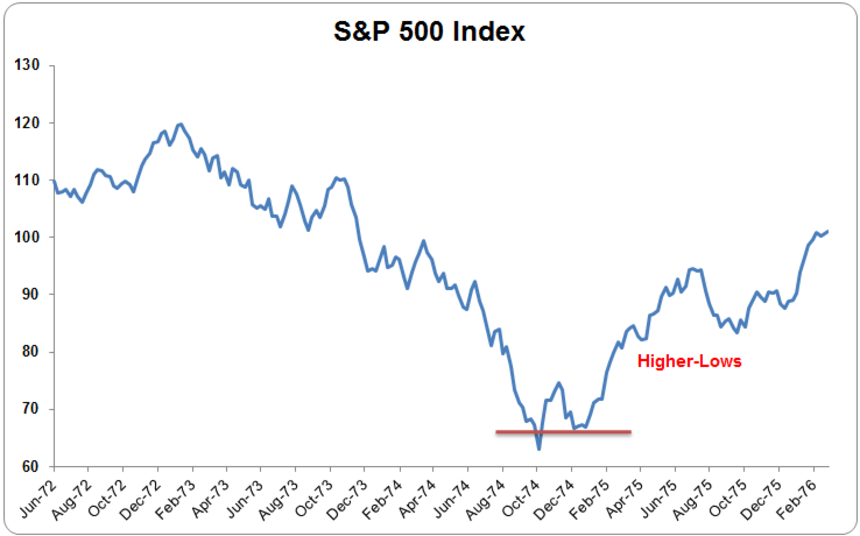