I think there was a subtle shift that occurred as America watched the debt markets collapse in 2008. It became clear watching the response to the crisis that Americans who borrowed responsibly ended up being punished and paying for those that borrowed recklessly (this was a worldwide phenomenon but the U.S. subprime crisis took center stage).

Then home prices collapsed, and they walked away handing the keys to the bank. Those that contributed large down payments, did not borrow against their home and continued to make payments on a home that may have been underwater ended up being the losers.

Flash forward to today where the same exact scenario is occurring in the world of student loans. Any young person with a pulse has the ability to borrow an unlimited amount of government backed (tax payer) funds for college tuition, housing, books, food, clothes, partying, etc. Why would they do this? A poll released this week from the Junior Acheivement and PwC US showed that:

Part of this assumption is already baked into the cake. The Consumer Financial Protection Bureau estimates that 25% of the U.S. workforce is employed by a public service employer and many may be eligible for existing student loan repayment benefits, including Public Service Loan Forgiveness.

The youth in America has learned the biggest losers are those that act responsibly. All debts will eventually either be forgiven or purchased by the Federal Reserve because it takes simple math to see that if interest rates begin to rise (or there is not a buyer ready to roll the existing loan) it will quickly become impossible to service the close to $60 trillion in total U.S. debt. 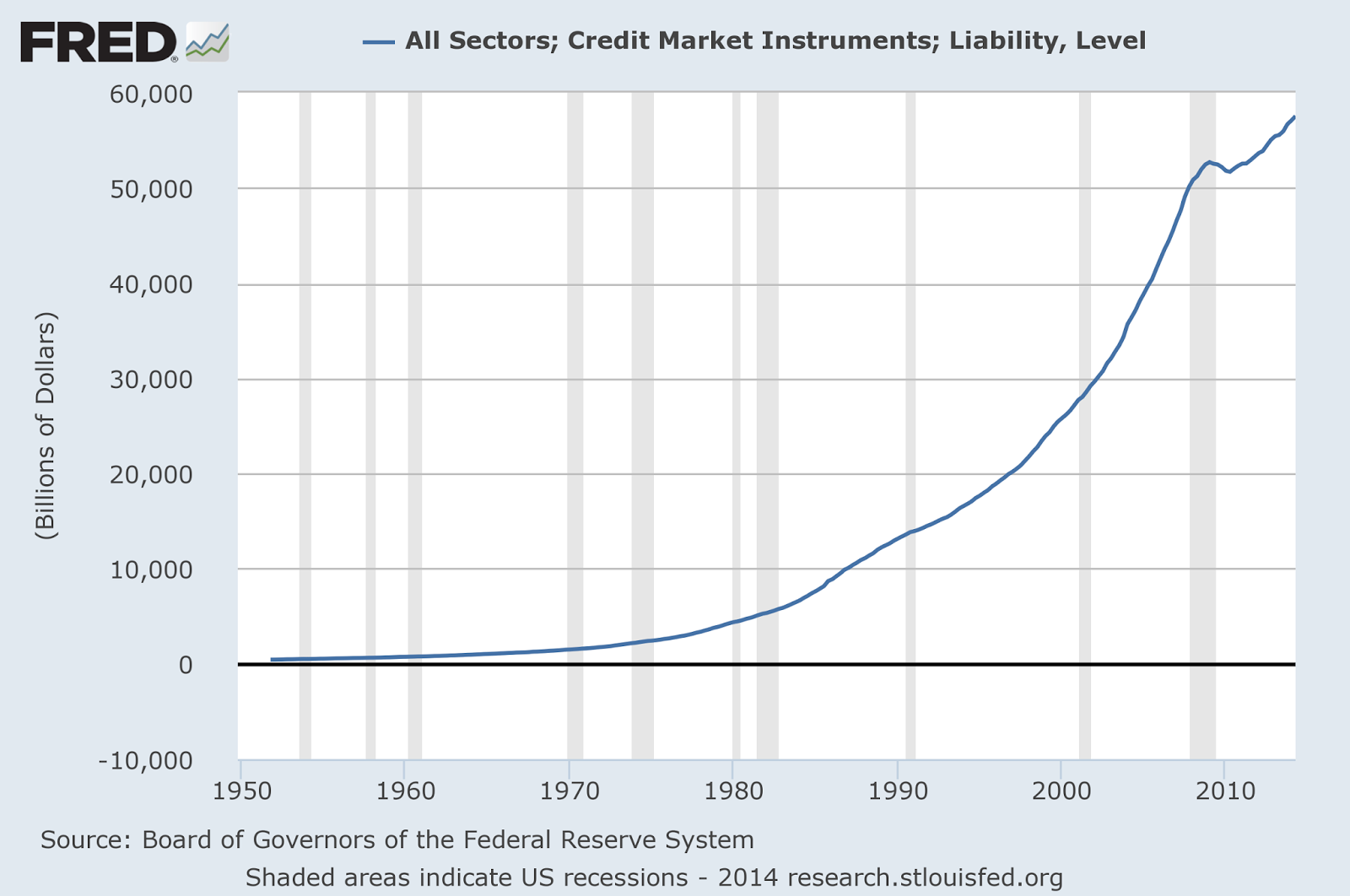