Japan announced this morning they will be delaying their second sales tax hike by 18 months. This comes after a consumption tax hike in April, from 5 percent to 8 percent, put the economy back into recession for the third time since the financial crisis hit in 2008 (a recession is defined as two consecutive quarters of GDP declines): 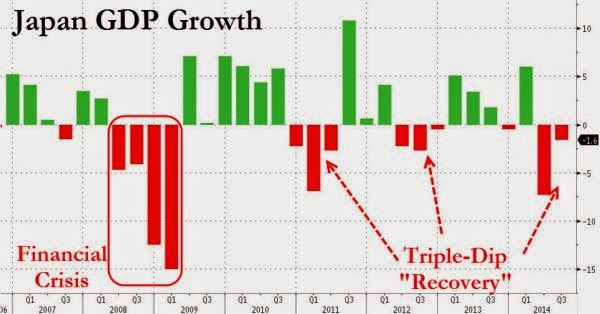 While the current account and trade balance remain deeply in the red: The yen has been in free fall since the upgraded QE program was announced this month: 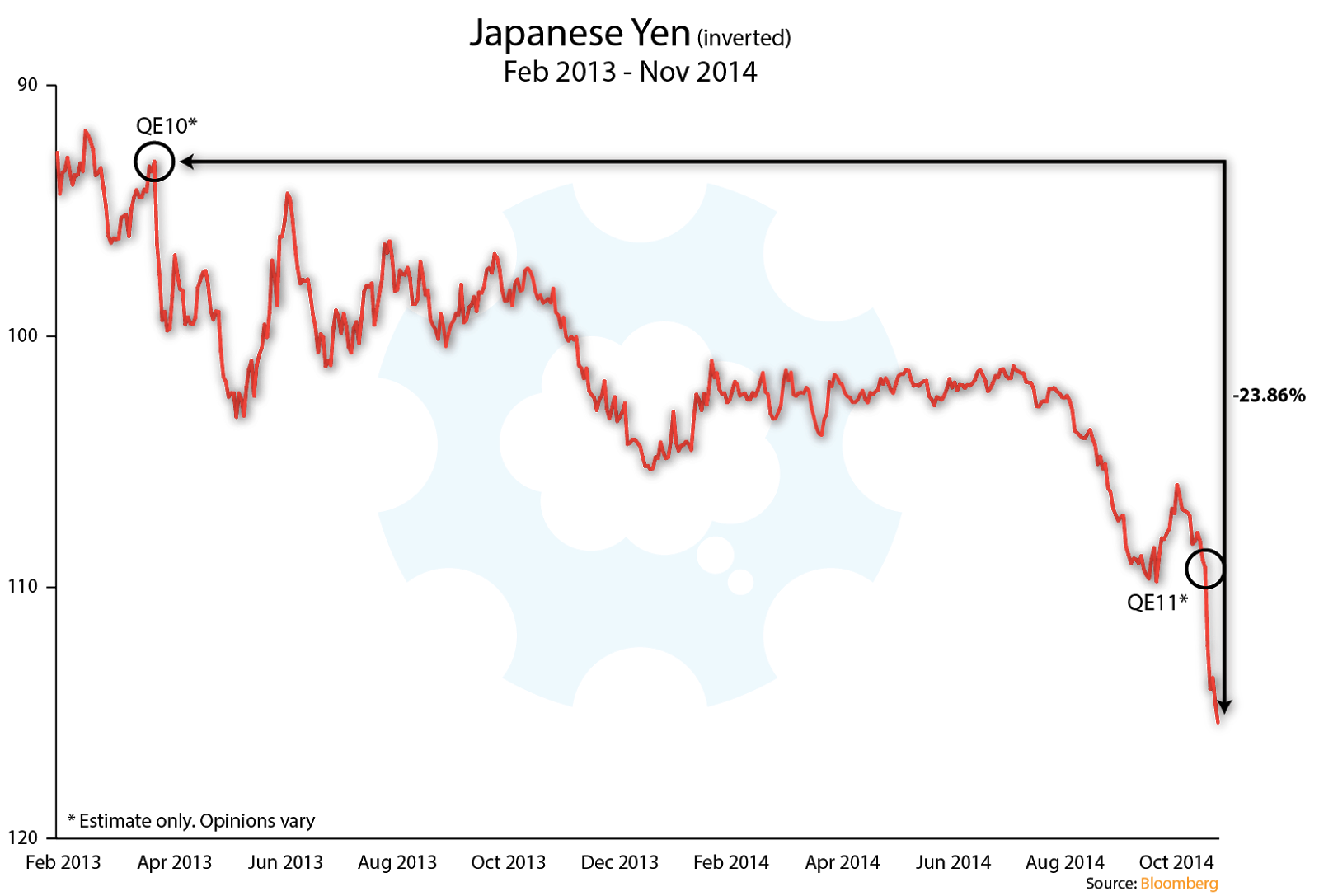 If the yen continues to decline against major export competitors in Asia, there may soon be a policy response coming from leaders within those countries. Japan has let the world know they plan to take the early lead in the currency wars. I read over the weekend that Japanese Prime Minister Shinzo Abe models his reflation drive on the monetary revolution the Bank of Japan experienced in 1932 when their leader at the time ordered the central bank to "go for broke." The bluff worked, and the economy was strengthening by 1934 after the yen was devalued against major trading partners.

Those that have studied history know other countries that have "gone for broke," such as Wiemar Germany in the early 1920's, were not so fortunate. There is a fine line that exists between currency devaluation and hyperinflation resting solely on the confidence of those holding the paper assets policy makers are purposely devaluing.

The fact that Abe's policy is structured around "going for broke" should make holders of financial assets denominated in yen very concerned he may eventually cross the point of no return.