Russian markets have been in a panic during the last two days, which I discussed in detail yesterday. Over the past 24 hours we have seen pictures of Russian citizens lining up to exchange their rubles for U.S. dollars. 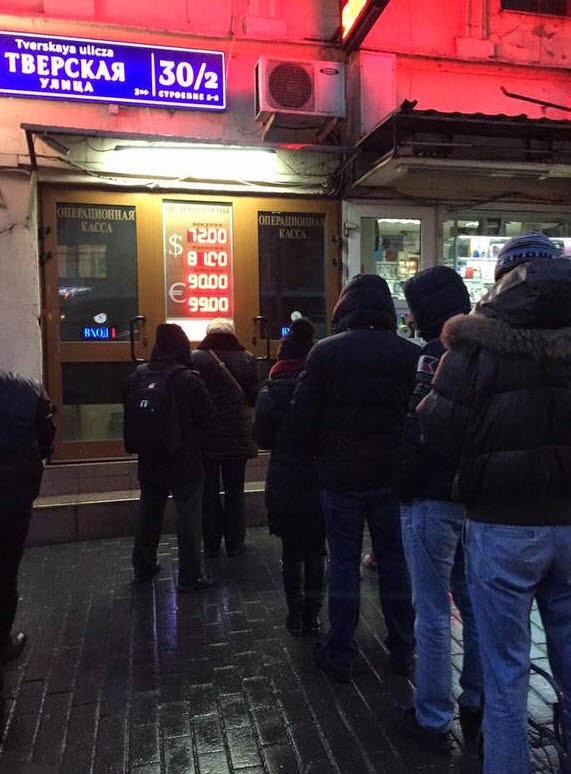 Russians are not lining up at stores to exchange their rubles for gold, which I find fascinating. Here is how gold has performed over the past two months for any Russian that decided to purchase some insurance on their portfolio in mid November. 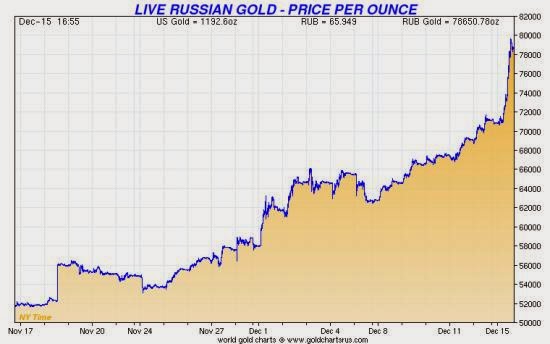 It is bizarre to me that the collective public around the world has not yet put the big picture together in a world where financial information is so readily available through the internet. The lines you see of Russians scrambling to exit their currency will soon be replaced with pictures of Japanese citizens in complete terror. Then the panic will eventually spread to another country and then another.

This is not some incredible precognition of the future. It is common sense. Paper currencies have have no intrinsic value, therefore there will always be rolling chaos around the world. One day you wake up and everything is fantastic, and the next day you will wake up to see all your friends in line trying to purchase gold. The global financial system today is far less healthy today than it was entering 2008, with only confidence holding together the mirage by a thread. Confidence evaporates in minutes in a fiat backed monetary system. 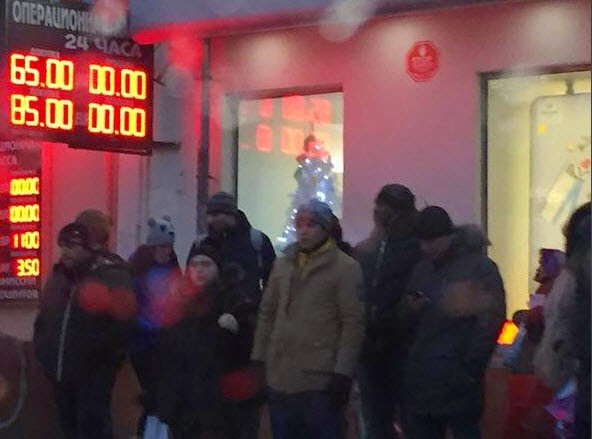 Ironically, as I discussed yesterday, Russia's currency is far healthier on paper than the Japanese yen or U.S. dollar. Financial advisors in the United States recommend moving your assets from U.S. stocks back to U.S. bonds in some sort of percentage (like 60% to 40% for example). Your assets are considered "diversified" because U.S. stocks and bonds can "never" fall at the same time. There is no recommendation today to hold a percentage of your assets in cash (foreign or domestic), and there is no recommendation to hold a percentage of your assets in precious metals. Both asset classes are considered truly insane within today's euphoric stock and bond mania. I'm not telling anyone to put 100% of their investments into cash or gold, I'm only saying investors should potentially review a holding of 100% U.S. stocks and bonds.

Over the past 60 days residents of Russia who were "diversified" in Russian stocks and bonds saw a large percentage of their life savings disappear in moments. Now they are running to exchange what is left into U.S. dollars. Over the short term it may be a great move, but over the long term they will soon realize they are only jumping out of the frying pan and into the fire. 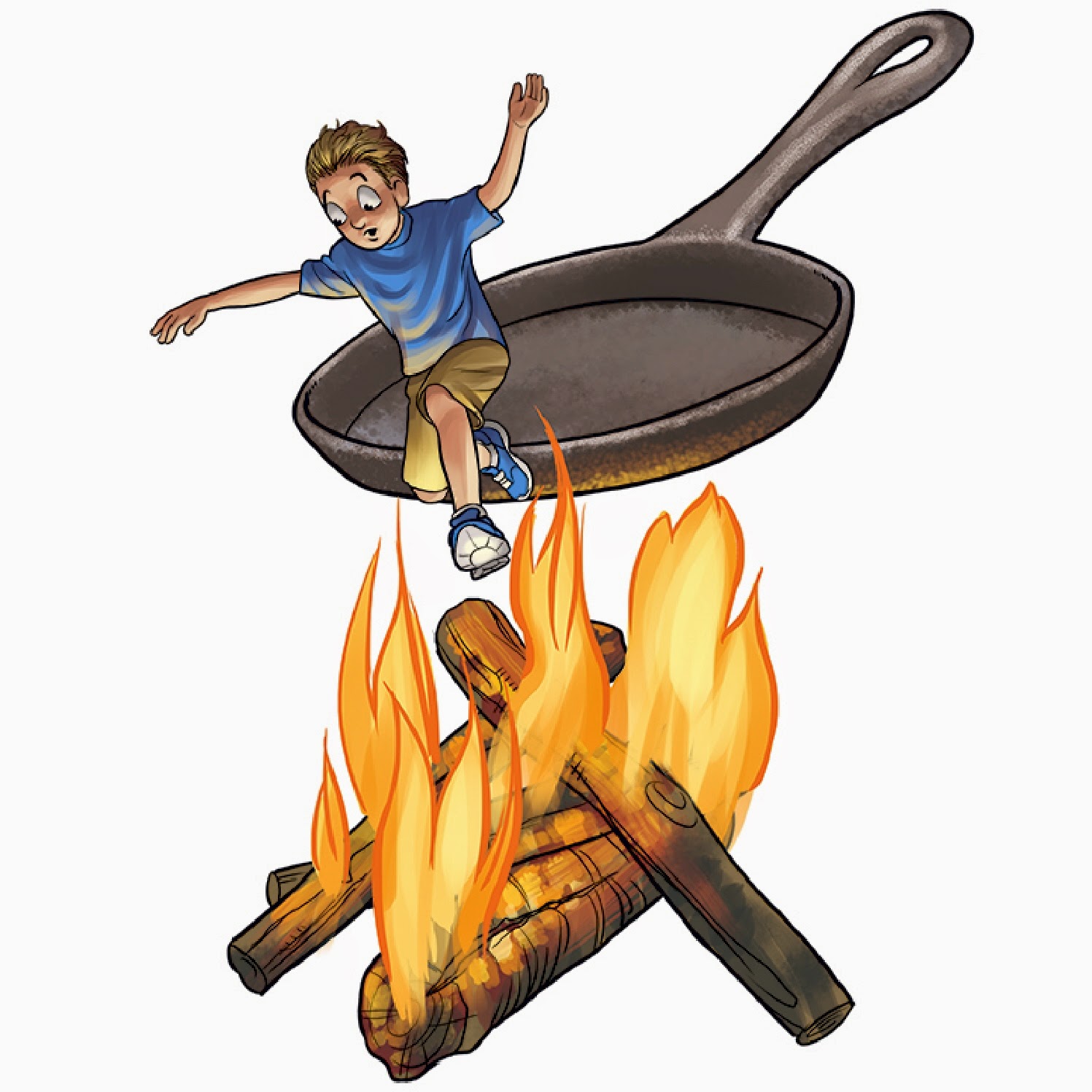