I'm someone that spends an unhealthy amount of time focused on business and investing. I've discussed in the past that when I'm not directly working on a business activity or studying finance, I'm often thinking or daydreaming about it indirectly.

Throughout 2013 and a good part of 2014 I worked with one of the largest commercial real estate finance companies in the United States. I spent my days pouring through and analyzing loans on large real estate projects.

In my office and other offices around the country I had the opportunity to interact with some of the most brilliant minds in commercial real estate finance. With their decades of experience they were able to show me things about a potential building, market, or investor that I could not initially see when I read through the documents.

A commercial building is a business that exists within an economic ecosystem. You can look at population growth, business activity and an endless amount of data that would impact supply and demand surrounding the building. This then directly impacts rent levels and vacancy, which determine both the building's value and ability to pay back the loan. 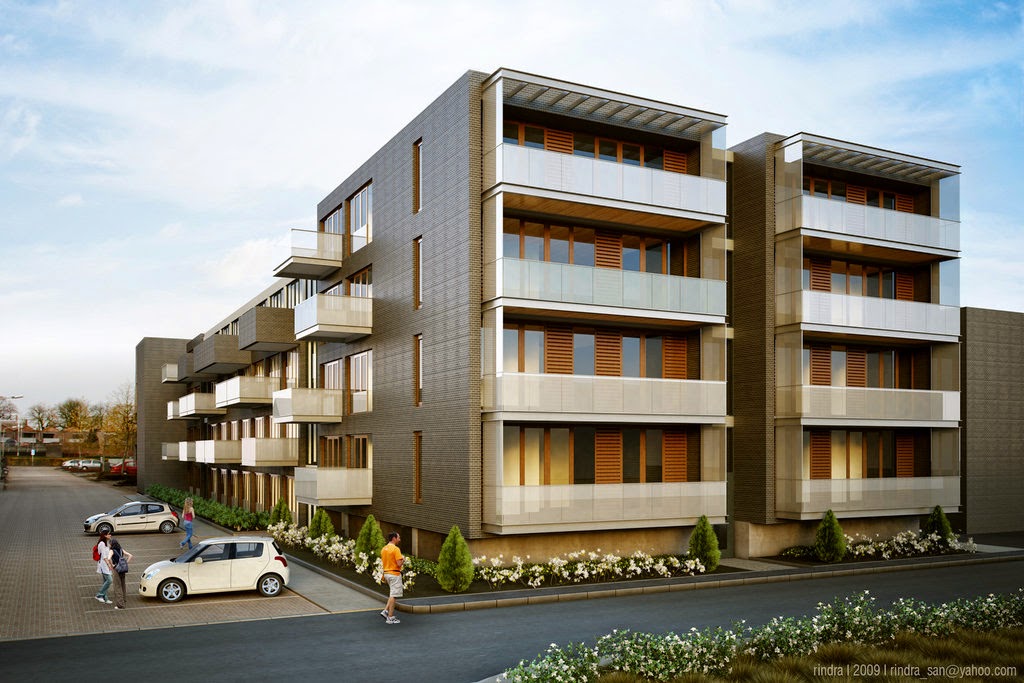 Here is where business met finance for those that don't love real estate: Part of making a loan involves setting a loan value that can still perform should interest rates rise in the future. For example, if you make a loan today at 4% interest, you want the building to have the ability to still generate enough income to pay the loan at 7% interest in the future (the loan will need to be refinanced, the owner could get into financial trouble, etc.).

I found my coworkers could create flawless models showing how this risk could be minimized, however, in conversations I had with them privately almost no one could provide me a financial explanation to why rates could or would rise in the future. They essentially did not pay attention, or did not understand, what would push rates in either direction moving forward.

Many of these people had been working in the commercial finance industry for decades leading up to the summer of 2008. Countless people I spoke with told me that they watched their portfolios disappear almost overnight following that summer as their company stock (which they loaded up heavily on during the boom years) was wiped away in an instant. No one told me they had a "bad feeling" about the market and decided to cash in some of their profits, and these are the people that were on the front lines of commercial real estate finance!

How could that be?

A different part of the human brain is used to make business decisions than the part used to make financial decisions. The business/rational/economic part of the brain is called the Neocortex, which is the part dedicated to maximizing utility. People strong in this area have the ability to build great businesses or determine value within a commercial building based on the surrounding economic supply and demand factors in the market.

Price, supply and demand are all very important within the Neocortex. Remember the black Friday videos released a few weeks ago where consumers were trampling each other and fighting to purchase TV's at Walmart? That is the Neocortex at work, the part of the brain that tells someone to buy something because the price is lower. 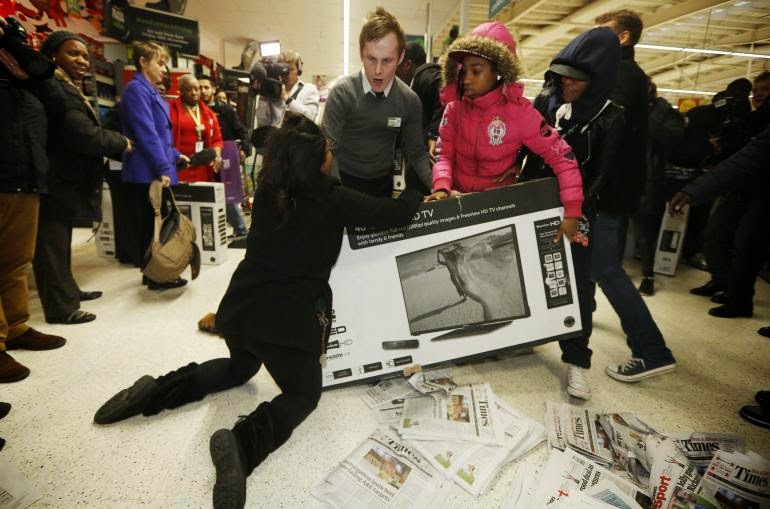 A second part of the brain called the Limbic System deals with the financial markets. It is emotion driven and it is what causes investors to engage in herding behavior. Investors want to own an asset more when prices rise and they want to own an asset less when prices fall. I could spend hours with countless charts showing this phenomenon in work, and long time readers have seen many of these examples over the years.

Investors in the financial markets naturally move in herds, they are emotion driven and logic goes almost completely out the window. This is not because they are unintelligent; it is just the way that humans are wired psychologically. Unless you spend a ridiculous amount of time studying market history (and strengthening your Limbic System), the natural tendency based on your everyday surroundings will be to enter this psychological herd.

The best example of this in nature is the murmuration of starlings. There can be no better visual of how investors exist within the financial world than the video below:

This is why great business people tend to be poor investors. If you spend a tremendous amount of time strengthening the Neocortex part of your brain (where supply and demand are important to business decisions), then it will most likely come at the expense of your Limbic System (in the financial markets supply and demand have an almost inverse corollary).

While in the stock market, for example, the exact opposite occurs. Higher prices lead to higher demand due to the natural herding psychology of humans surrounding financial decisions. Everyone wants to own stocks at the top, and no one wants them at the bottom. 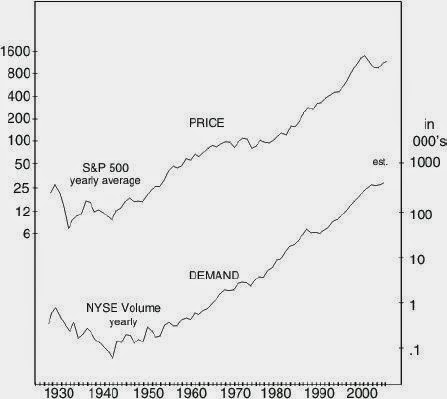 I don't want to say this in a way that sounds mean (I certainly do not consider myself a highly intelligent person), but I have found entering a discussion with someone on finance even if (or especially if) it is someone who is an accomplished business person, is a complete waste of time (and borderline detrimental). I like to talk to great business people about business, and I try to focus conversations surrounding finance with people who have a profession that exists within that world (they are forced to strengthen their Limbic System daily). For this reason almost no one in my personal or business life knows that I am a financial nerd. I would rather talk to them about sports or catch up on their personal lives.

There are a few people out there I have spotted that can comfortably exist in both worlds. One of them is Mark Cuban, the owner of the Dallas Mavericks professional basketball team in the United States. He is a billionaire who has created countless profitable companies over the past 15 years. His Neocortex is extremely strong. 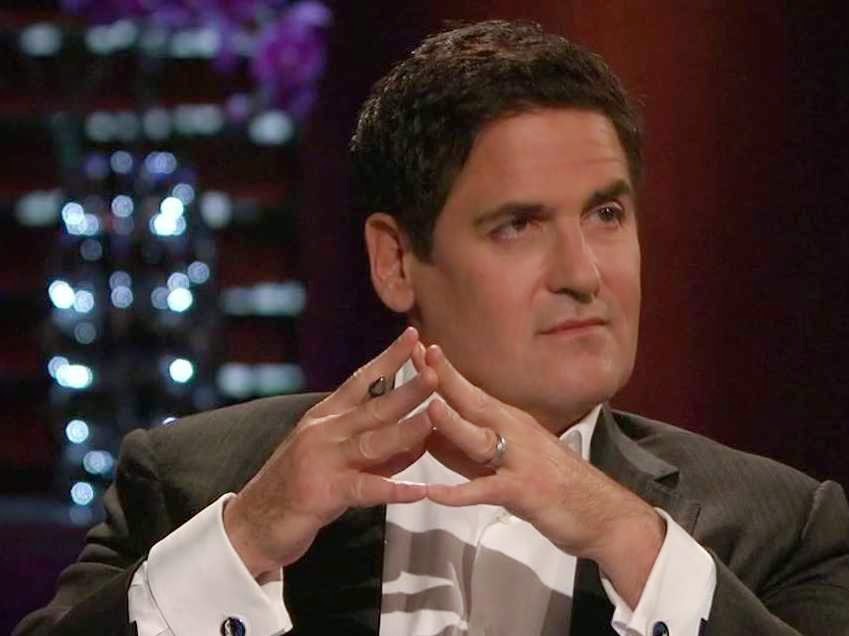 However, he also has the ability to shift gears and walk on to the CNBC studio (America's largest financial television network) and carry on a fluent conversation surrounding finance. In late 2012 he took all of his business debt and converted it from U.S. dollars to Japanese yen. The yen was trading at 77 at the time and has now fallen to 119, meaning he has paid off 35% of all his debt with a simple keystroke. Based on what he has told others, he has spent countless hours over the past 25 years strengthening both areas of his brain (he was not born with some sort of gift). He is a complete workaholic.

While my business and investment world still exists with far less zeros than Cuban's, the concepts are essentially the same. My goal is to continue to strengthen both portions of my brain daily to be better prepared for both the business and financial world as I move forward. I'll be here updating the Limbic System view of the world every step of the way!