As U.S. stocks continue to ratchet upward to new levels of overvaluation there has been a larger chorus of reasons to justify the valuations as reasonable. The following chart from DShort averages four of the major valuation metrics, which helps provide a smoothing process to show it is not just one measurement of stock price valuation that is reaching extremes; it is all of them combined.

The measure shows U.S. stocks are now more dangerous from a valuation perspective than the peak in 1929, when stocks proceeded to fall 89% after they peaked. Click for larger image:

You may look at the chart and say we are well away from the peak of insanity during 2000, and the S&P 500 only fell by 50% following that peak (if that comforts you). What is rarely discussed is the bulk of the overvaluation in the market during that period was concentrated among a small part of the technology sector (the NASDAQ fell by 80%).

If you look at the median valuation of stocks today you see the market as a whole is far more overpriced than it was in 2000 because there is not an outlier dragging the entire market upward. The following chart shows the median price to earnings ratio has already reached a record high: 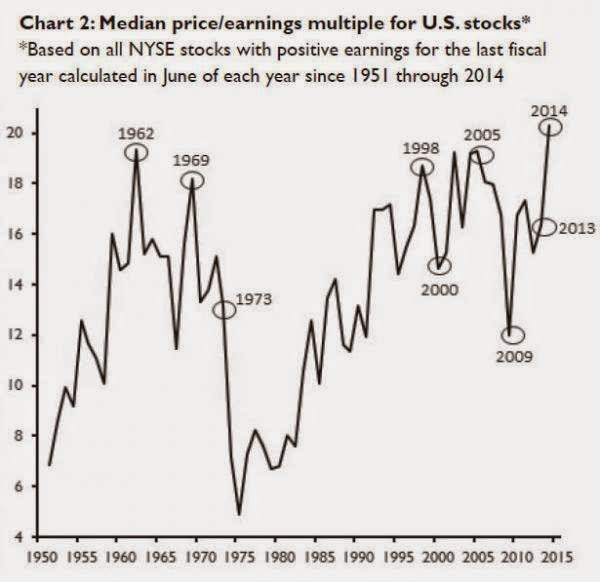 As well as the median price to cash flow: 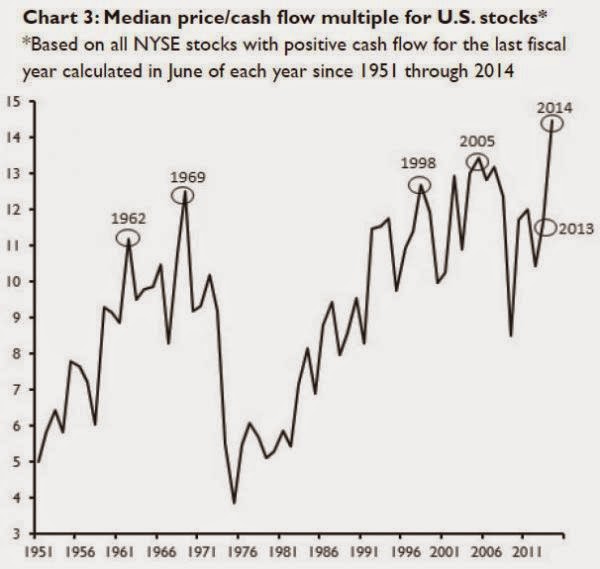 The S&P 500 did not have four consecutive down days in 2014, which has never happened. We are approaching 800 straight trading days without a 3% decline. 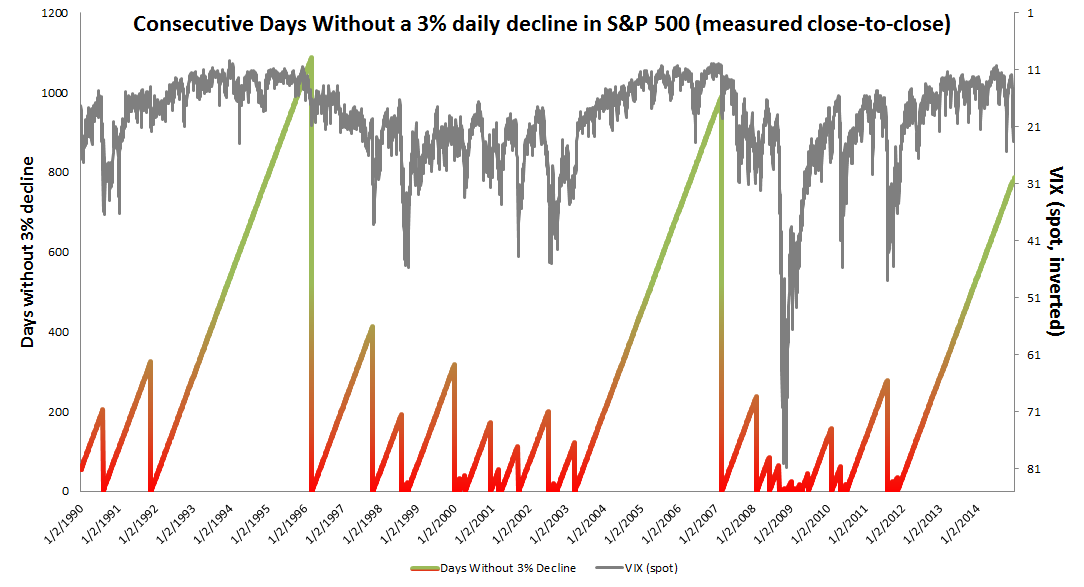 Investors in the market today do not believe a decline is even possible, never mind actually worry about it. The bears have disappeared and there is a larger and larger crowd of bulls that spend their time now taunting anyone who discusses the possibility of a market downturn. 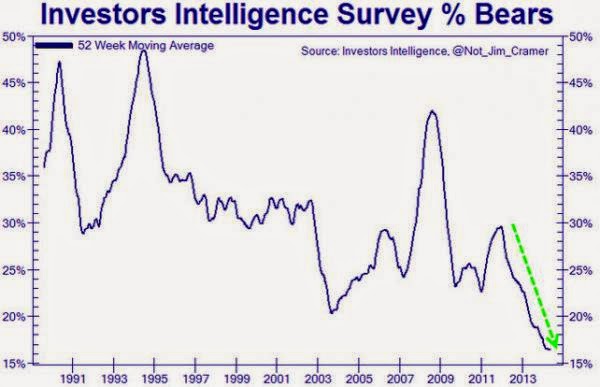 This time around the entire market is in a bubble, not just a select sector, and every sentiment indicator has been shattered over the past 18 months with euphoria. None of this means U.S. stocks will turn down tomorrow, but when it begins I anticipate the level of fear and panic being equally as strong as the euphoria we are experiencing today.

For more see: The Fed Will Not Stop The Coming Crash In U.S. Stocks 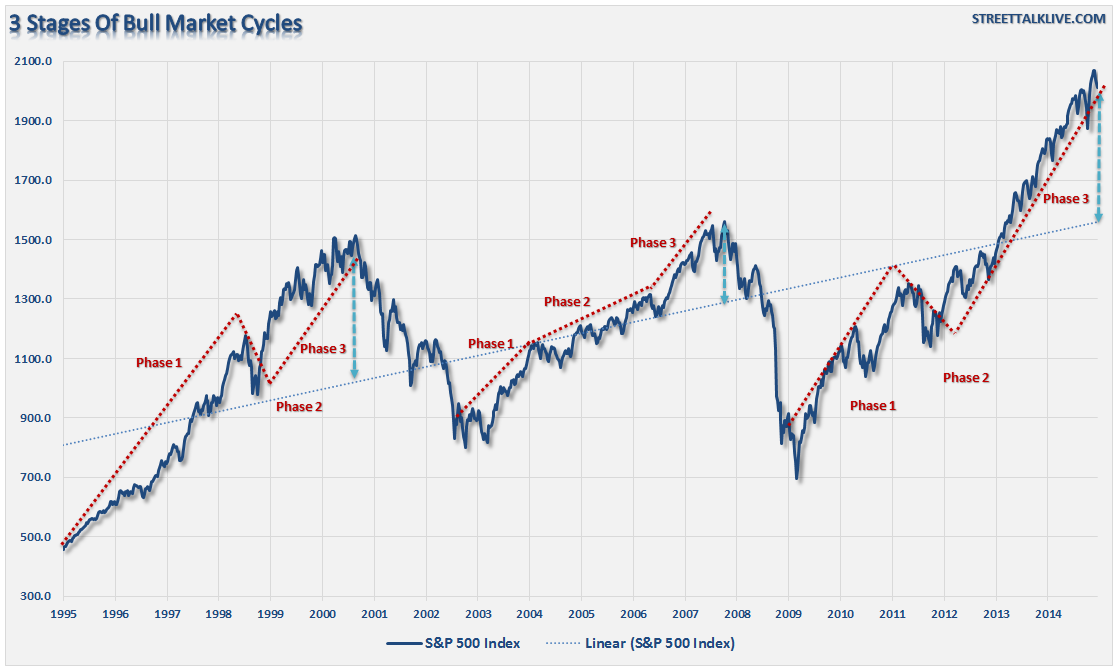