Couple of great charts this week from STA Wealth Management on the infamous birth/death model used as part of U.S. employment data.

The first is the business openings vs. startups in the United States going back to 1977. As the chart describes, 2008 was the point when births dropped below deaths and it has remained that way since. 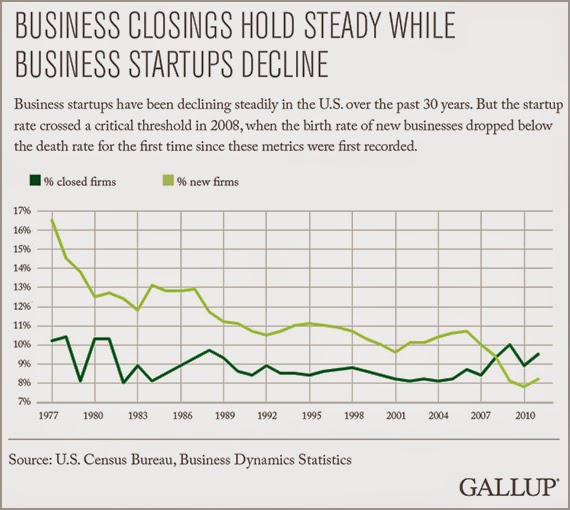 400,000 businesses are being born annually while 470,000 are dying. This goes counter to what the government has reported in the birth/death model where they essentially guess at how many jobs are being created due to new businesses being born.

In the chart below you can see the government's employment growth (blue bars) against what the series would look like if the birth/death model was removed (black line). 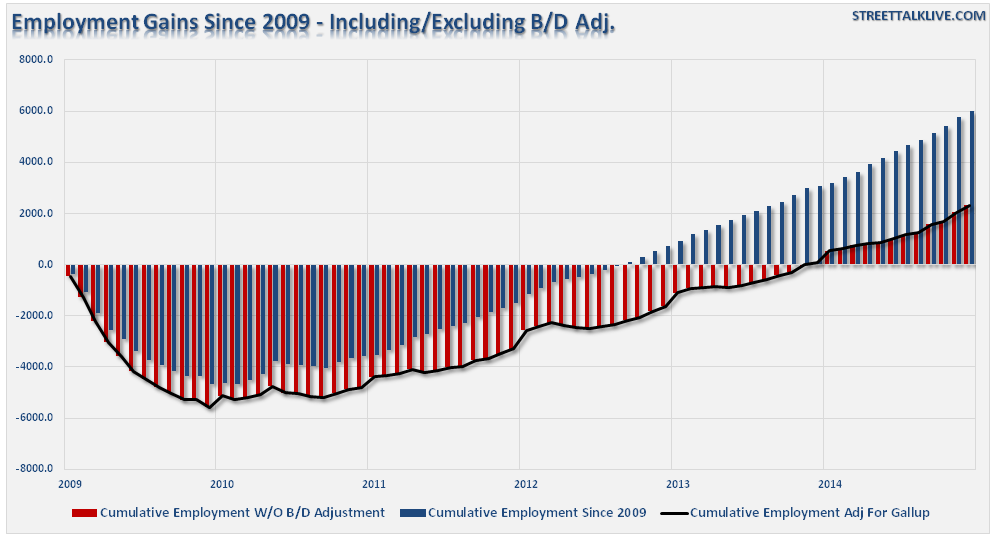 This is part of the troubling situation the Federal Reserve finds itself in. The "recovery" has been in asset prices not the real economy, and the unemployment rate sits at 5.8%. This is due in large part to the birth/death model described above, Americans taking lower paying jobs and/or reduced hours, and people dropping out of the labor force.

Additionally, the Fed must weigh the impact of the oil price collapse on U.S. employment moving forward. That sector has been the lone bright spot in the American economy since 2007, not only due to job creation but higher paying job creation.

For more see: Why Are Young Americans Not Starting Companies?