One by one over the last 18 months confidence indices toward U.S. stocks have reached all-time record bullish highs. The secular bull market in confidence rests at historic highs, while bears (those believing the market will turn down) have gone into hibernation. 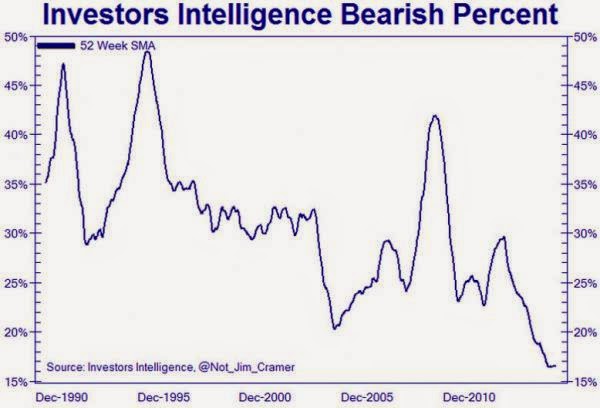 We know that following the stock market bubble bursting in 2000 investors were shaken, but certainly not scared. They put their trust into real estate as the global engine of growth for the global economy and the continuous surge needed to push global stocks and asset prices higher. We found out in 2007 that trust was misplaced as the real estate market collapsed along with the asset prices they were artificially supporting.

Following the financial crisis investors were scared, but not broken. They have picked themselves back up and found a new savior for the global economy and asset markets; government spending combined with central bank money printing. As with real estate just a few years earlier, investors believe government debt will always provide the engine needed for global economic growth, which will continue to support higher asset prices.

While the private sector hit the wall in 2007, governments picked up the baton and have been leveraging relentlessly since. Global debt to GDP ratios: 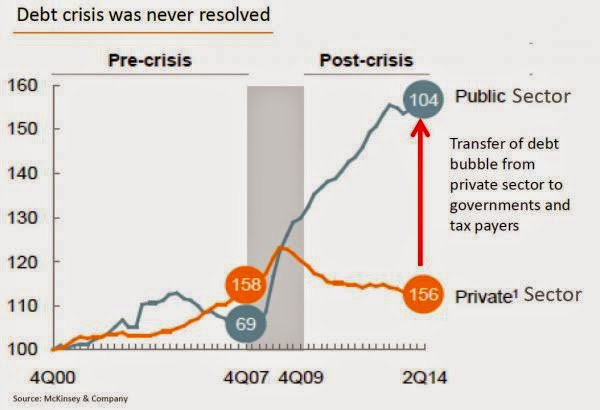 The more debt governments issue, the more investors want it. This process has been turbocharged by central banks which have artificially pushed interest rates lower with QE. 90 percent of the industrialized world economy is now anchored with zero rates. 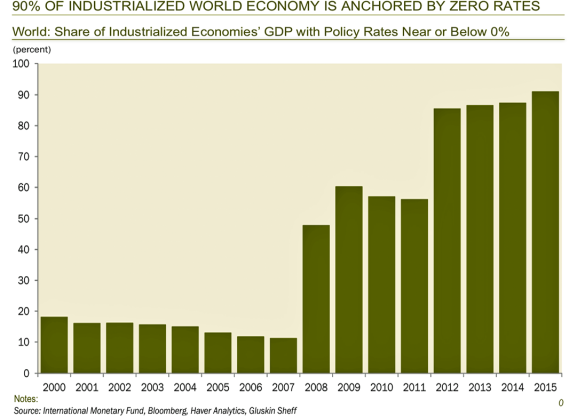 How large will the losses be when the government debt bubble finally begins to implode? That is impossible to know but we know it will make the 2000 tech bubble and 2008 housing bubble look tame in comparison. 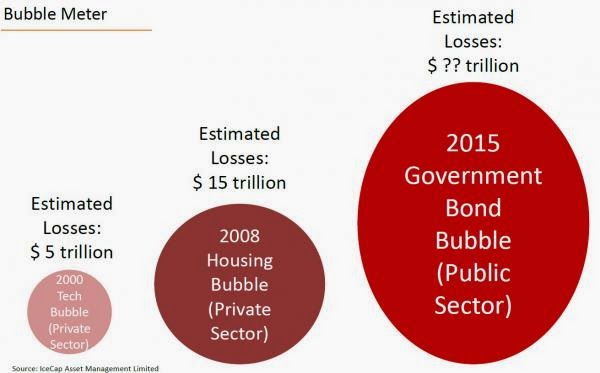 Central banks this year will purchase more than 100% of the sovereign debt issued by the developing world; Japan, UK, Europe and United States. 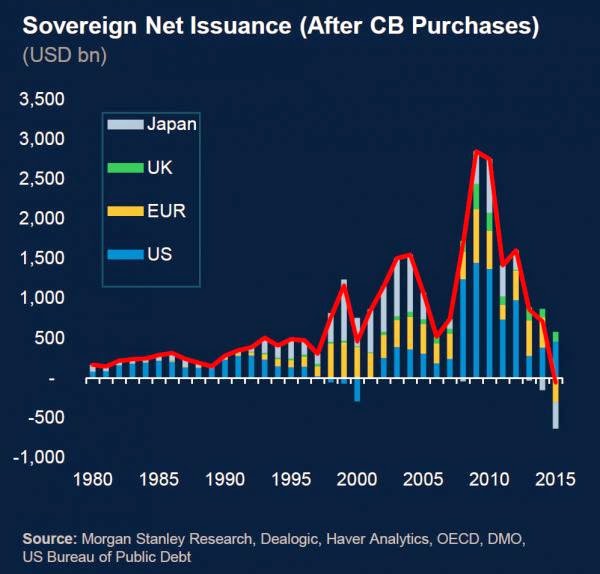 As central banks engage in currency wars, the relentless flood of printed money has created massive mismatches between the prices investors are willing to pay for assets vs. their real world values (see junk bonds, commercial real estate, art, stocks, etc.) When the euphoria is removed from the markets there will be air pockets that exist between current pricing and real world asset values.