I'm not a technology guy so as I mentioned this morning discussing Snapchat you have to take my views with a grain of salt. I'm a real estate guy that can provide you with a full underwriting package for a $100 million commercial building and put a management team in place to run the day to day operations. However, when it comes to a company like Apple I struggle to explain how it can be worth $700 billion and only offer essentially two products (iPhone and iPad).

I understand the revenue from the iPad and iPhone are large enough to equal the size of other large companies combined. iPhone: 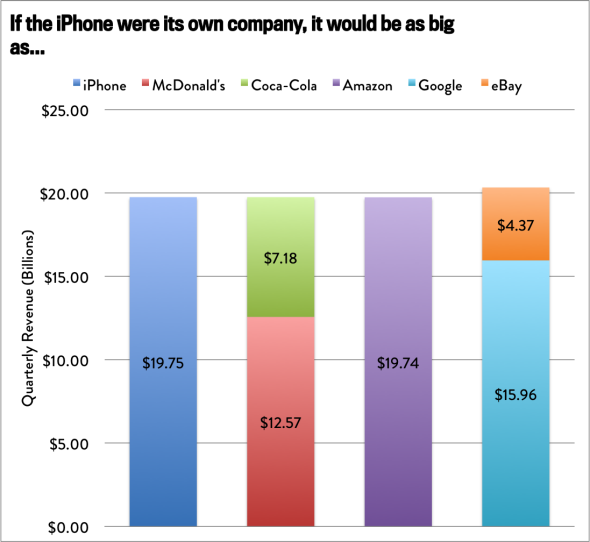 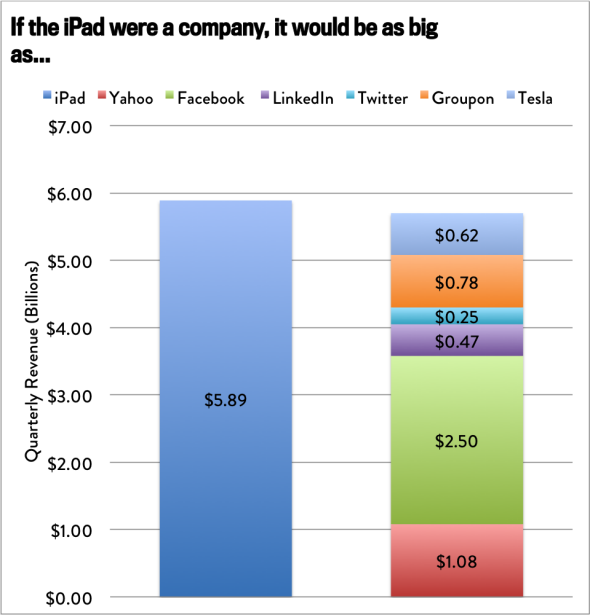 What Apple is doing today with their sales is unquestionably remarkable. I also see their growth potential on paper with new markets in Asia and around the world.

My problem is that another company can enter the market in the blink of an eye and provide an equal or better phone or tablet at a lower cost. They do not have control of these markets the way Microsoft had with Windows in the 1990's. When my phone contract runs up every year or two I go to the store and look at my options. I have never purchased an Apple product so that either means I do not understand the value or I am not blinded with emotional bias.

If the overall U.S. market continues its path further into valuation absurdity, it's certainly possible Apple could reach $1 trillion in value and make me look stupid for taking the time to pen this post. But I don't want any part of it. I'm not brave enough to short the stock, but you will not find it in my portfolio any time soon.

Here are a few updated charts on Apple's staggering valuation from Bianco Research. First up, Apple's market valuation vs. the next largest companies around the world. Apple is in a world all to themselves: 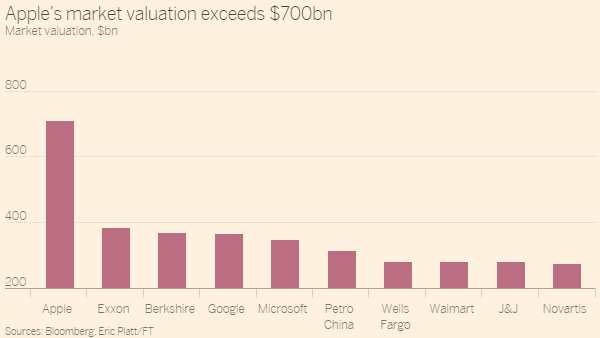 Next up is the ongoing race for size dominance between Apple and Exxon. With the most recent energy collapse, Exxon appears to be down and out once again. However, if these two stocks were my only investment options I would open a pair trade long Exxon and short Apple with the expectation these lines will cross one day again in the future. 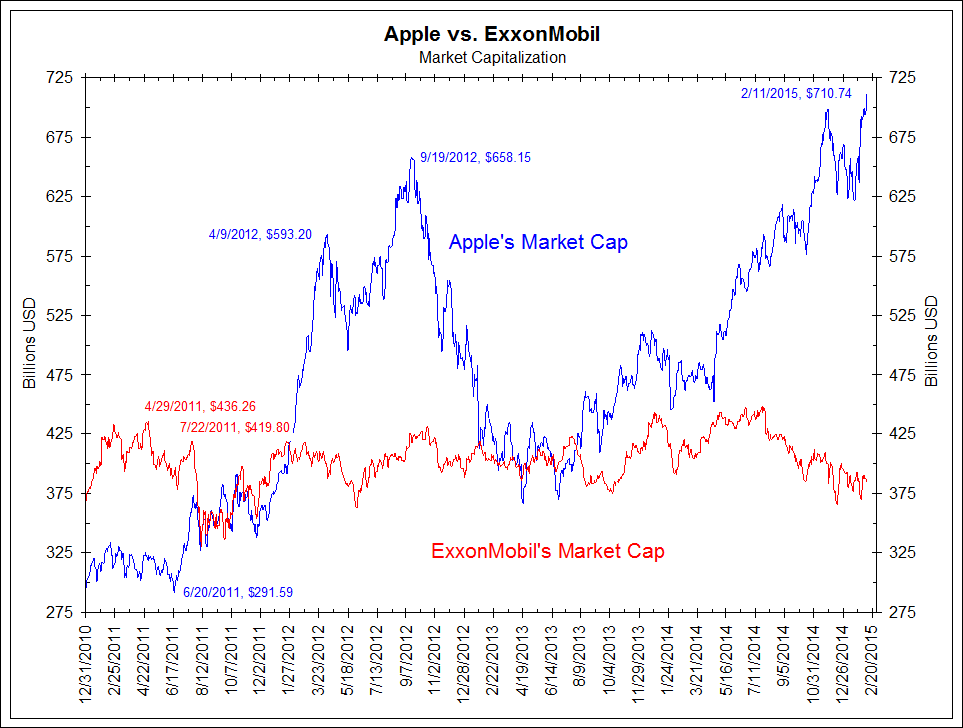 Apple also just reached another milestone. It crossed the inflation adjusted market value high for NTT (Nippon Telegraph and Telephone) from way back in May 1987. NTT was the highest valued company on earth that month at $348 billion, which dwarfed IBM, the next closest competitor. NTT was the darling tech company during Japan's incredible stock market run in the 1980's. 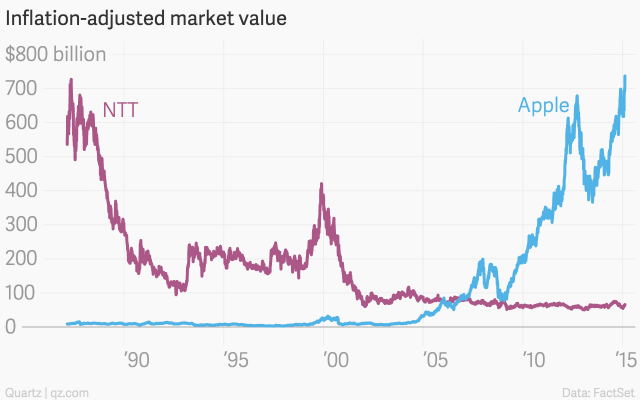 Just as with Apple today, the shares delighted investors but worried some analysts. 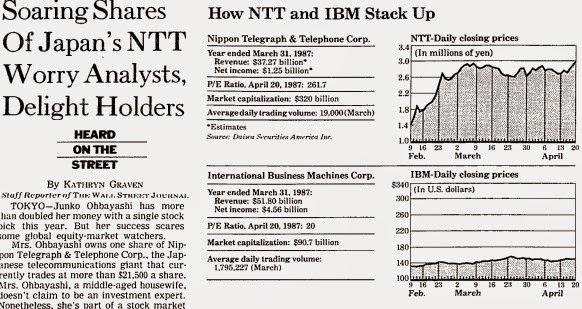 People think it would be impossible for Apple to ever experience a fall from its current dominance, but I see it as an inevitability based on the barriers to entry I just discussed. 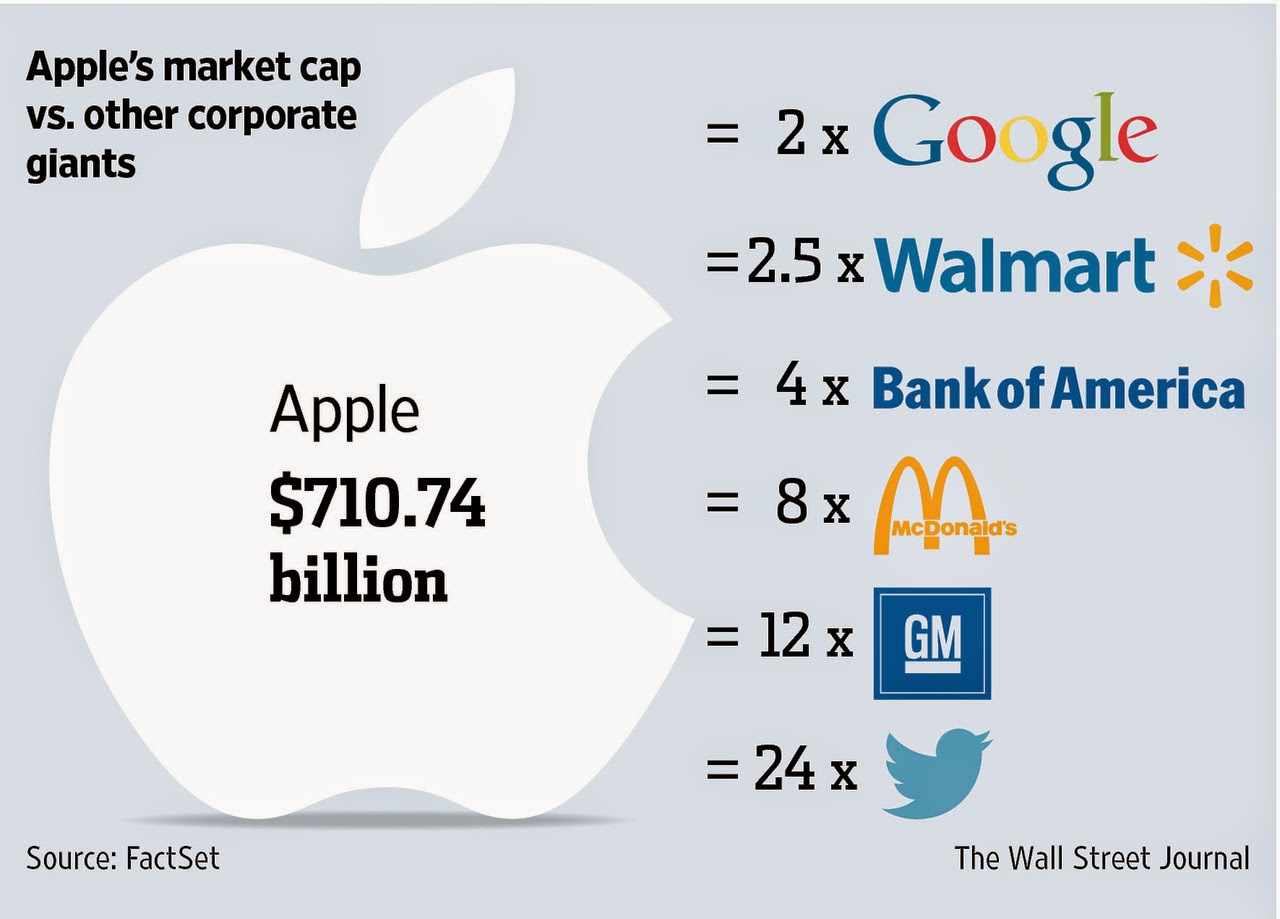