Need a little more context? The blue line in the chart below shows the wage growth for the bottom 90% of wage earners in the U.S. over the last century. You can see the steady growth until August 1971 when wages hit a ceiling and have been stagnating downward since. The event, of course, was the removal of the gold standard providing central banks and governments around the world the ability to print and borrow an unlimited amount of money without checks and balances. 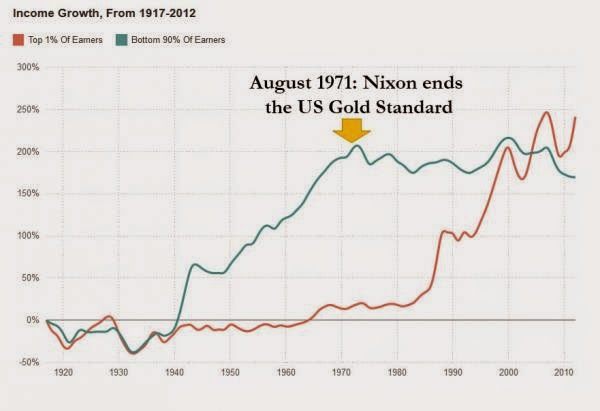 This created the global asset boom which began in the mid 1980's and continues today. When asset prices boom it sends the income of the 1% through the roof (red line above) at the expense of the bottom 90%. History has shown these seismic class shifts begin with unease, then move to unrest, then escalate to chaos and end with revolution. I believe the next financial collapse will lead to a new monetary system which is already under construction. 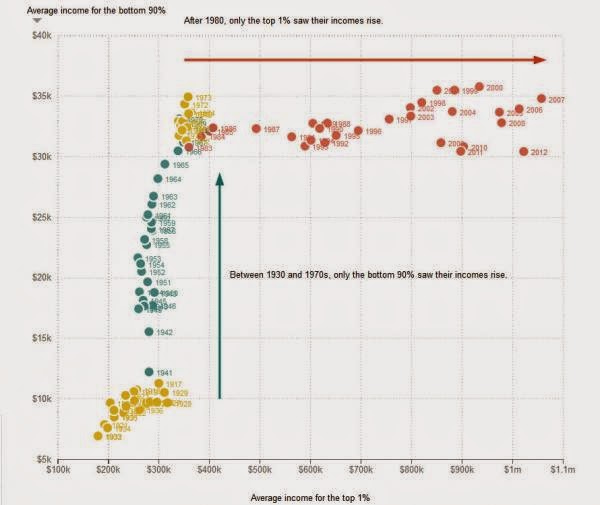 Until then, when asked how she feels about the bottom 90% seeing their income steadily decline over the past 44 years due to reckless central bank monetary policy, Janet Yellen can sum up her feelings without words. 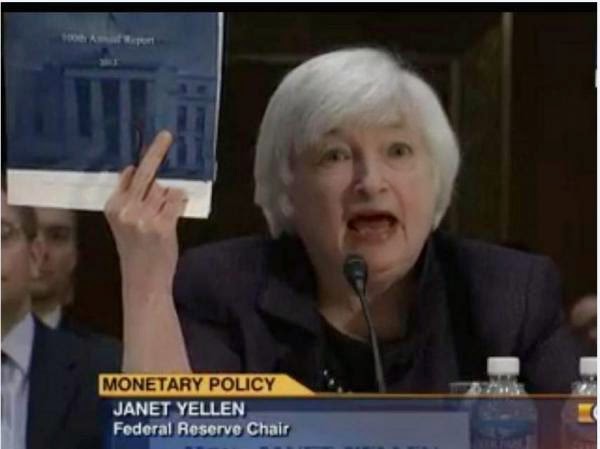