My Thoughts On Government Surveillance

I wake up real early in the morning these days, usually between 3:00 AM to 4:00 AM, to spend a few hours taking care of my daughter. This gives my wife a few hours of sleep/rest before I have to begin my long work day. If my daughter ends up falling asleep in my arms I have been catching up on movies. This morning I watched Citizenfour which is a documentary about Edward Snowden and the government information he released in 2013.

I will not review the story behind the movie because unless you have been living under a rock for the last few years you know who Edward Snowden is and the details behind how much the U.S. government and other governments around the world use surveillance.

You probably notice I don't like to discuss specific political parties here on the site. There are multiple reasons for this but the two most important are that it can only create an emotional and illogical discussion between those engaging in the conversation (from both myself and any readers who choose to comment), and for the most part....I don't really care.

I look at both political parties in America as a complete disgrace to everything great the United States used to represent. So with that disclaimer in place, here are my thoughts surrounding surveillance. 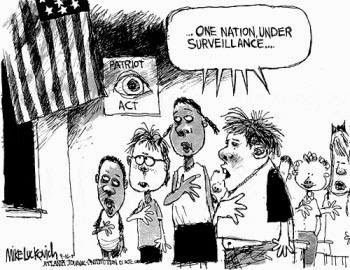 I essentially view it the same way I view government spending, which any long time reader knows I generally hate. A certain portion of government spending is very important such as police, schools, firefighters, and military defense. Beyond the necessities government spending only creates malinvestments and hurts the overall economy in the long run. Let's not get me started, I could go on for a long time on this subject.

I feel the same way about surveillance. To say 100% of the surveillance is evil and wrong may be a bit too drastic. I'm sure 70% to 90% of what America is doing is too much, but we have no knowledge of terrorism acts that have been stopped before they had a chance to begin due to the surveillance programs in place. Now, you can argue people would not want to inflict acts of terror on the United States if we were not engaged in wars with every possible country on the planet. Or you can argue the U.S. military keeps larger wars from breaking out. It's not black and white for me but somewhere in between. However, in terms of the defense spending it is definitely black and white for me; the United States economy will experience significant economic pain in the future due to their exorbitant defense spending over the last 30 years.

The surveillance system the United States has created is the proverbial camel's nose under the tent. Once you start down this path it could lead to an invasion in privacy beyond anything we can imagine today. This can happen with lightening speed through the use of drones and robotics. What was designed as anti-terror tactics can quickly evolve into programs used to stop everyday domestic crimes before they happen. 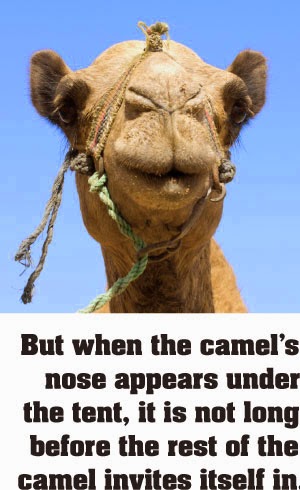 So I'm somewhere in between. If the U.S. is a 10 right now with surveillance (and there is no question they are), I would prefer to see them somewhere closer to 3. I highly recommend you watch the movie because even if you already know everything about this story, it provides an incredible look at what was taking place behind the scenes the week the information was released to the public.