Great infographic from the Wall Street Journal showing the return of subprime loans in America. 40% of loans issued for autos, credit cards and personal borrowing went to subprime borrowers in the first 11 months of 2014. At its previous peak in 2007, 41% of non-mortgage lending was subprime so we have essentially round tripped right back to peak insanity. 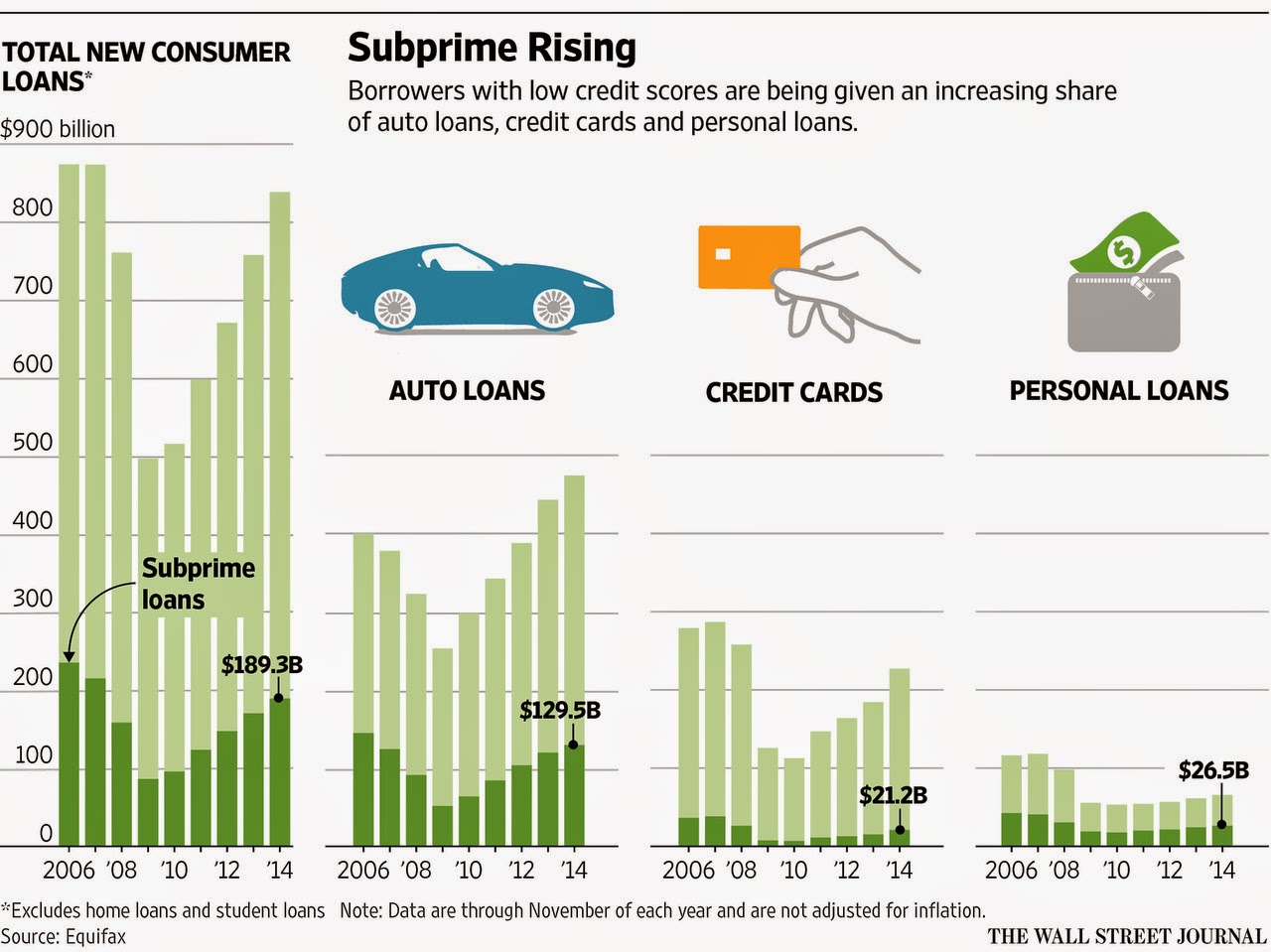 This data does not include the newest member of the subprime universe that has taken the credit market by storm since 2007; student loans. The default rate for student loans surged past credit cards in 2012, and the next major recession will push this default rate through the roof. 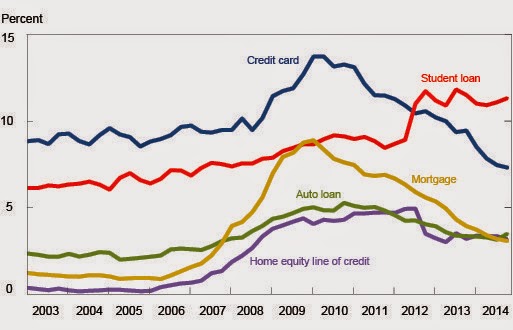 Below you can see the staggering size of this market that shows no signs of slowing growth: 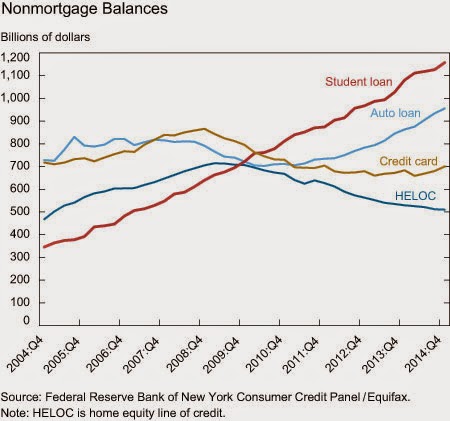 At $1.2 trillion in size, U.S. student loan debt has already surpassed the size of the Australian economy and is closing in on Canada.

Yes, mortgages have been issued more responsibly than they were in 2006. However, home buyers have found new ways to obtain 0% to 3% down loans, and the credit/income spectrum borrowers are working with continues to move us back closer toward pre-crisis underwriting.