The 6 Year U.S. Stock Market Rally Relative To History & What Comes Next

A few excellent charts below this week from SocGen that I thought were well worth sharing. The first shows the length of the current bull market, which became the longest in history after surpassing the mania run in late 1990's: 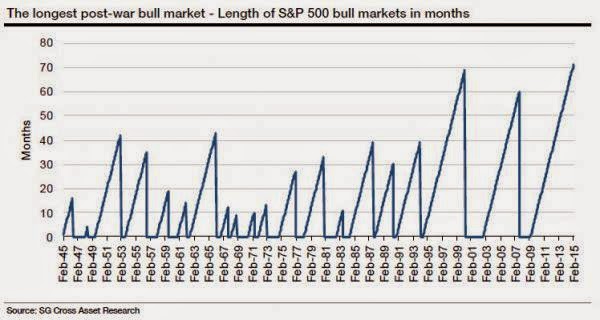 Remember the chart above the next time you hear "we are just beginning" the new bull market in stocks. Even more assuring to the bulls is that stocks no longer even fall by 10%, which may at least make investors sweat. This same type of steady run and assurance was last felt entering 2007. 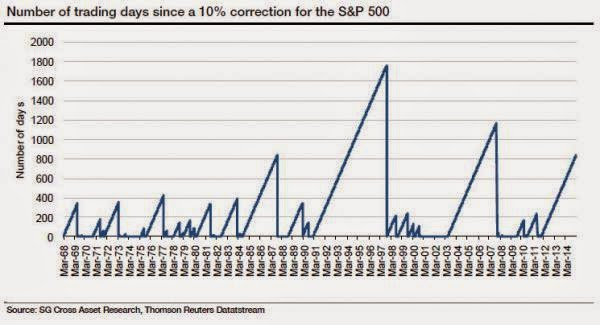 Finally you have the most recent 6 year movement in the S&P 500 (currently over 200%), which is the third strongest since 1900. What followed the two others, in 1929 and 2000, are widely considered the greatest crashes in history. 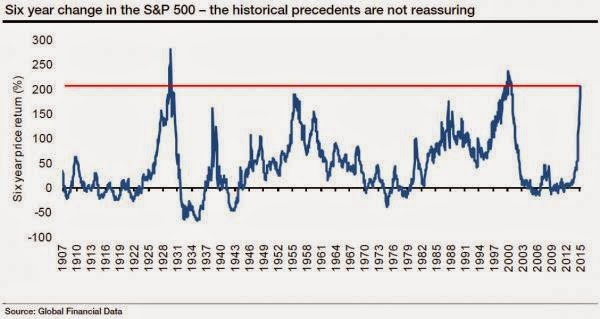 For more see: U.S. Stocks: Something Wicked This Way Comes