Over the past few years when discussing my personal investment portfolio I have continuously noted I was raising and/or holding cash in U.S. dollars. I do not believe the dollar is a long term fundamentally strong currency, but I felt market forces would push it cyclically higher in the short term. Since mid 2011 the trade weighted US dollar index has risen sharply. The dollar has staged a massive rally against essentially every alternative form of money or currency in the world, including precious metals. 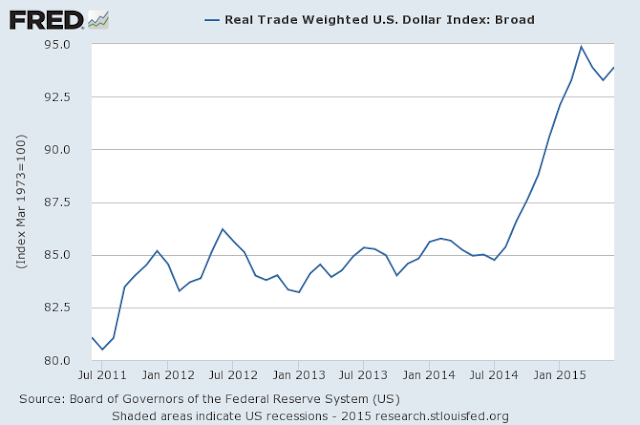 The dollar is now widely considered the bastion of safety, and the euphoria surrounding dollar bullishness has only grown stronger with the U.S. stock market surging simultaneously.

There are certainly still factors in place that can push the dollar higher in the short term, but I am now beginning to diversify some of my cash holdings into foreign currencies. Why? These currencies have stronger long term fundamentals, their prices have recently fallen significantly and sentiment surrounding their future price direction is incredibly bearish. Everyone that "knew" the U.S. dollar would decline a few years ago is now just as sure it will continue to push higher from here.

The following is a chart of emerging market currencies against the U.S. dollar. After steady declines since mid 2011 they have entered free fall. 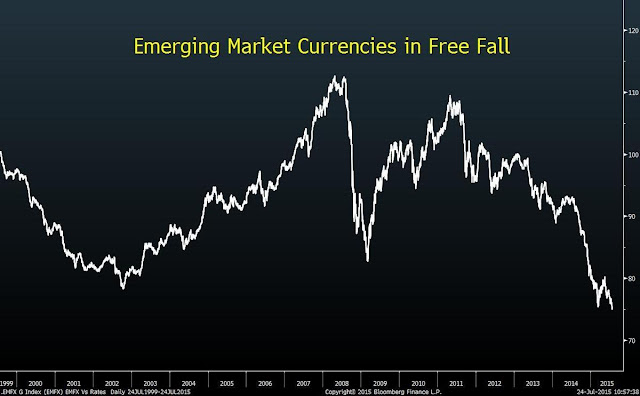 I am beginning to make purchases in the Brazilian real, South African rand, Russian ruble, Indian rupee, Canadian dollar, and Australian dollar. There are others, such as the New Zealand dollar, I am watching closely but they have not yet fallen enough to warrant a purchase. I like to get exposure to these currencies through the purchase of short term government bonds because they have high interest rates that pay you to wait and help ride through the storm.

Stocks in emerging markets have essentially moved sideways or declined since early 2009 (black line below). 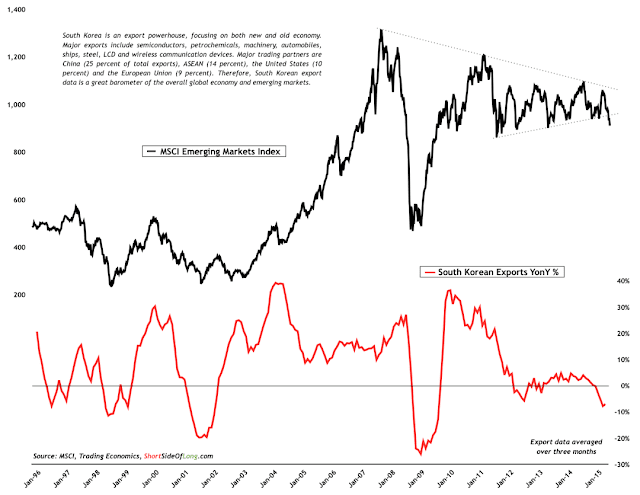 While most emerging market stocks have not fallen enough for me to enter the market, there are already pockets of value in certain stocks and countries. The chart below from Meb Faber provides a snapshot on how expensive or inexpensive some of the world markets are today based on the Shiller price to earnings ratio. You can see that while Brazil and Russia have moved below 10, the U.S. market is above 23. 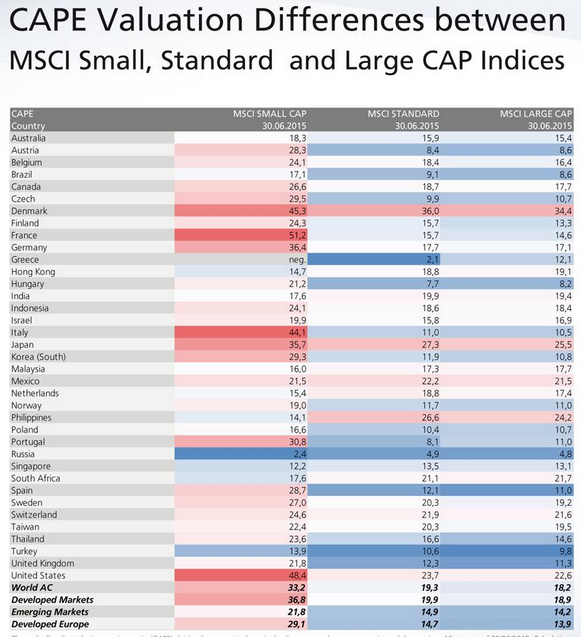 It is important to note inexpensive currencies, stocks, bonds, commodities and real estate have the ability to become far more very inexpensive before they bottom. I am discussing my personal investment decisions because it is the question I receive most often. This is not investment advice for everyone. I like to buy assets when they are cheap and hated with the full understanding they can become much cheaper and even more hated before they bottom.

My hope is emerging market currencies and stocks continue to fall in the years ahead and their markets move from cheap to extremely cheap. On the opposite end of the spectrum, the bubblicious U.S. stock market is so far removed from reality in terms of price and sentiment that it is not even worth my the time to look at it. That will change some day, but we are a long way away from that day.