The Fed's Rate Decision: What We Do & Do Not Know

The CAPE price to earnings ratio on the S&P 500 currently rests at 25.5. That level is close to where stocks peaked in 2007 and a long way from the mania peak in 2000. Can the markets launch into a final round of irrational exuberance a la 1999 and push to those previous mania highs? Of course. Do I want to risk my capital hoping that happens? Nope. I'd rather play Keno at the gas station because the odds are better. 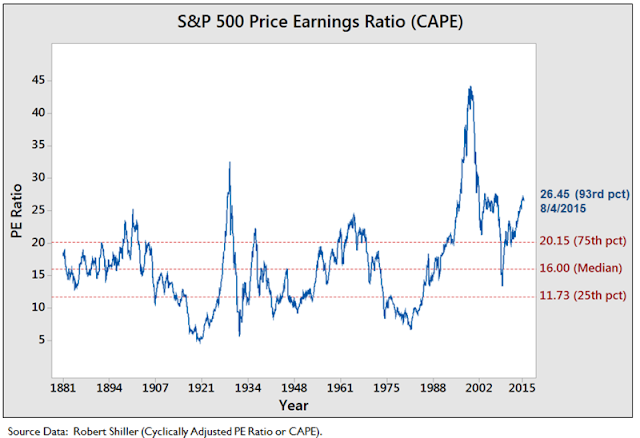 The average CAPE price to earnings ratio going back to the late 1800's is 16. Previous secular bear markets have bottomed when the CAPE reached single digits. I believe we are currently in a bull market rally (2009 to present) within a secular bear market that began in 2000. I also believe we're likely to see a single digit CAPE before the current bear market ends, but I'll be a buyer of many U.S. stocks before the broad market gets there. What does that mean in the short term (next few years)? U.S. stocks are going a lot lower.

There was a tremendous amount of attention paid to the sharp move higher in the VIX (fear/volatility) index during the sell-off a few weeks ago. However, when you take a step back you can see that move looks like a blip on the radar compared to recent market panics. I believe the VIX will experience additional (even larger) surges as we move forward.

The average length of an American economic recovery is 40 months. We are currently in month 74 of the current recovery, which makes it longer than all but 4 in history. Why have recoveries tended to last longer in the most recent decades? The Federal Reserve and U.S. government have intervened in the markets to juice them up whenever they begin to show weakness. This creates an environment where fear leaves the economy, speculation flourishes, and investors leverage up knowing the Fed and government "have their back." The result is always the same; a massive collapse. Recessions, bankruptcies and price declines strengthen the economy and allow it to begin growing again on a stronger foundation. Like a drug addict entering rehab or a forest fire helping germinate and create new growth, removing that natural healing process creates the boom bust cycle we have been experiencing on a larger and larger scale. 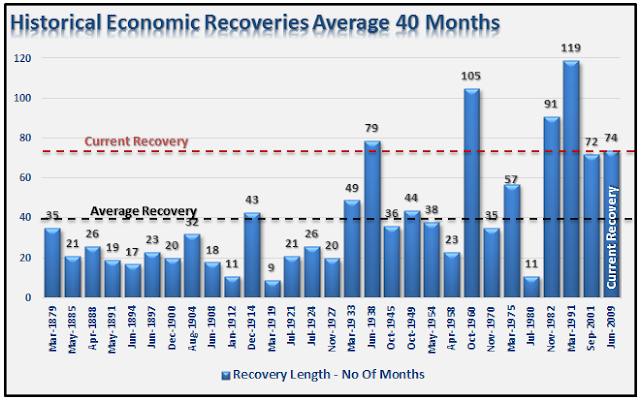 U.S. bonds are sitting close to multi-century lows. They look about as dangerous as U.S. stocks if not more. I do not believe interest rates will move back to the 15%+ range we saw in the late 1970's (although its possible), but I do think rates will move, at the least, back to their historical range between 5% and 7%. From a starting point of 2.2% today on the 10 year treasury this would decimate real estate prices, raise corporate borrowing costs (crush profits) and raise annual interest costs the U.S. government owes on its $18 trillion and growing debt pile.

I continue to accumulate U.S. cash and dollar cost average into precious metals (silver and gold mining shares), agriculture, and emerging markets (see below on Brazil). While I believe all these markets have short term downside potential (hence the cash accumulation), they represent significant long term value combined with massive pessimism. I do not know the day these assets will bottom, but I believe they will all perform better than the stocks, bonds and real estate of most developed markets (US, Japan, UK, etc.) over a 5 year period from current levels. 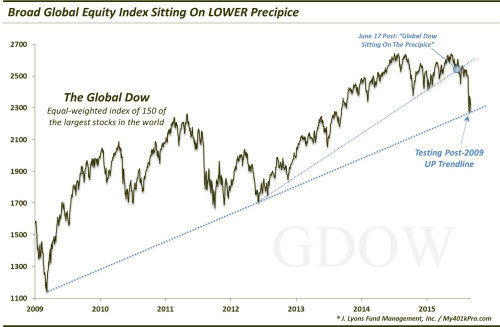