The Bank of Japan's historic announcement last night that they would be bringing interest rates negative has pushed yields on government bonds lower around the world. There are now $5.5 trillion in government bonds trading below 0%, which is about a fourth of all global government debt. 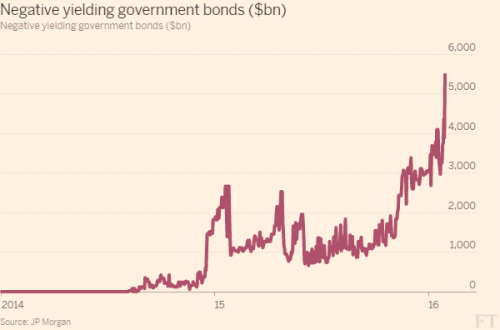 The Bank of Japan joins the European Central Bank (ECB) in bringing rates negative while simultaneously running a massive QE operation. In Europe about half of all government bonds are negative and in Germany, Finland and Switzerland yields are negative out to 10 years. 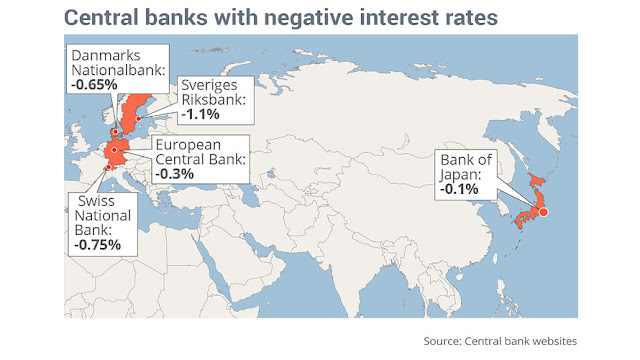 23.1% of global GDP is now governed by central bank countries with negative rate policies (Europe and Japan make up about 21% of global GDP while Switzerland, Sweden and Denmark make up the rest). 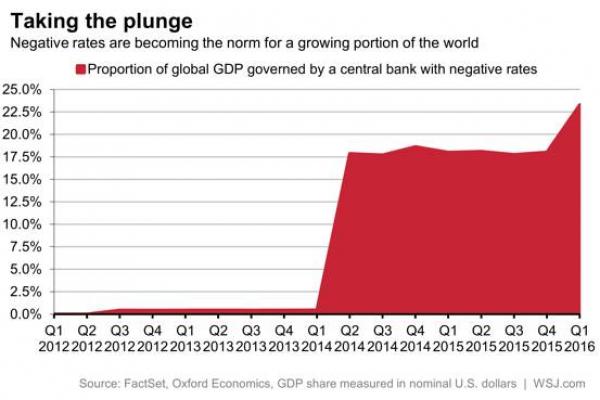 Where do we go from here in the theater of the absurd? Many believe if stock markets continue to fall we will see a serious currency devaluation from China and another round of QE combined with negative rates from the U.S. Federal Reserve.

I believe the ultimate winner of this global nuclear currency warfare will be precious metals. It is only a question of when the markets begin to put the pieces together on how this story ultimately ends.

For more see: Global Markets Crash: Is This The Big One?