What Is The Best Country To Buy Stocks?

I live in the United States and most of the historical data on this subject tends to focus on just the U.S. market. Investors in the U.S. tend to massively overweight their holdings to American companies. There are two main reasons for this:

1. Home Bias: Investors tend to buy stocks in locations and industries they are familiar with. For more on this I would highly recommend reviewing:

2. Recency Bias: Investors tend to make investing decisions based on what has recently happened. For example, they tend to buy stocks after the market has risen for years assuming the recent trend will continue, and they tend to sell stocks or stay out of a market after a major crash. American stocks have been one of the best performing markets since the 2008 crash, and they have been one of the best performing markets over the last 115 years. For more on the recency bias see:

The Fed Will Not Stop The Coming Crash In U.S. Stocks

Based on this chart alone an investor would re-weight their portfolio heavily into Russian and Brazilian stocks and own almost no U.S. stocks. However, let's take a moment to review other factors that should impact an investment decision beyond just valuation. We'll also review why the U.S. market has performed better than many other markets over the past 116 years.

Lawrence Hamtil at Fortune Financial wrote two excellent articles on this topic titled; Not All Stock Markets Are The Same. Mark noted Anglo-Saxon countries (UK, US, Canada, New Zealand, Australia, and Ireland) have seen their markets perform better since 1900 based on multiple reasons beyond just economic growth. The seven major reasons are;

1. It is the fiduciary duty to act in the best interest of shareholders. If the economy is weak companies will lay off workers and return corporate cash to shareholders via buybacks and dividends to make up for weakness in Earnings Per Share growth. The opposite occurs in countries such as Germany and Japan where employees are considered "stakeholders" of the company and are treated with far more care (mass layoffs are rare).

2. Many of the best opportunities in non Anglo-Saxon countries are closed to public investors. In other words, some of the best companies in many countries tend to stay private and do not rely on public ownership (selling stocks) for financing and growth. Imagine if Coca-Cola, IBM, Microsoft, and others decided to stay private instead of going public. It would completely reshape the performance and perspective on U.S. stocks.

Three through seven on this list should be self-explanatory but they are critically important for investment decisions. Investors in Germany were wiped out in the early 1920's when the country experienced hyperinflation. Argentina was one of the ten richest countries in the world entering the 1900's (ahead of France, Germany and Italy) and it was widely considered a better investment region than the United States. We only know now, with hindsight, that U.S. investors experienced an incredible run throughout the entire 1900's while investments in Argentina languished. 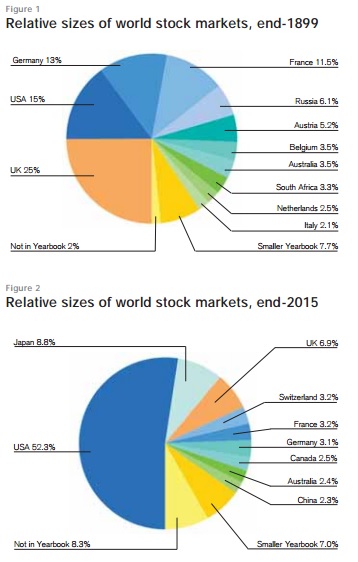 During the 116 period in the charts above Brazil averaged 4.9% real growth while the United States averaged 3.5%. However, the U.S. grew its global market share from 15% to 52%. Just as with valuation, economic growth should not be considered the only factor when making investment decisions. The graph below shows there is no consistent correlation between GDP growth and equity returns. 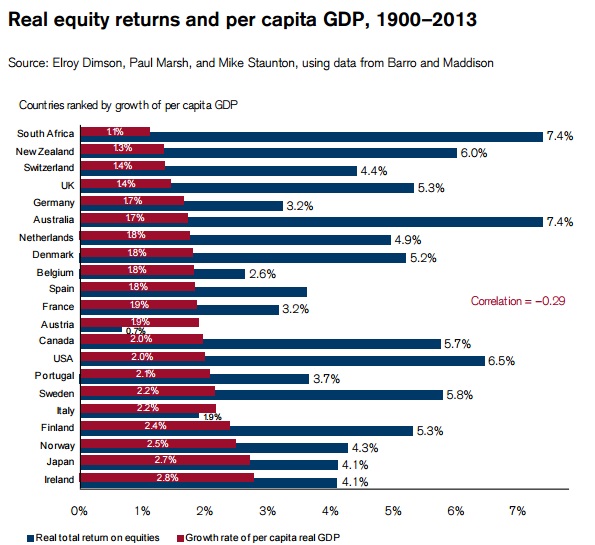 So what does this all mean?

It means investors have to do their homework before investing in a country and not make a purchase based on one single factor (stocks are cheap, economic growth will be strong, ect.) Those are important factors, but they are not the only factors.

Investors must also consider the seven reasons reviewed above, as well as the macroeconomic and global financial forces that can impact both the currency and the financial markets. I will continue to focus heavily on the last two as we move forward this year.

Fore more see: A Visual Guide To Asset Performance Over The Past Decade